Calm in the Face of Anger – Musings in Missoula

Counselors and therapists in Missoula often hear about anger, and the concept of anger in today’s stressful times. Staying calm when we’re angry is never easy! Sometimes we just feel an unstoppable, or impulsive desire to act when these emotions come up.

Maybe, from an evolutionary perspective, that was once very good (so we could quickly dodge out of the way of a rattlesnake on the trail and kill it quickly). However, evolution also endowed us with big brains with pre-frontal lobes capable of reasoning through things. Today, taking a pause and staying calm is often the best thing we can do in the face of anger. 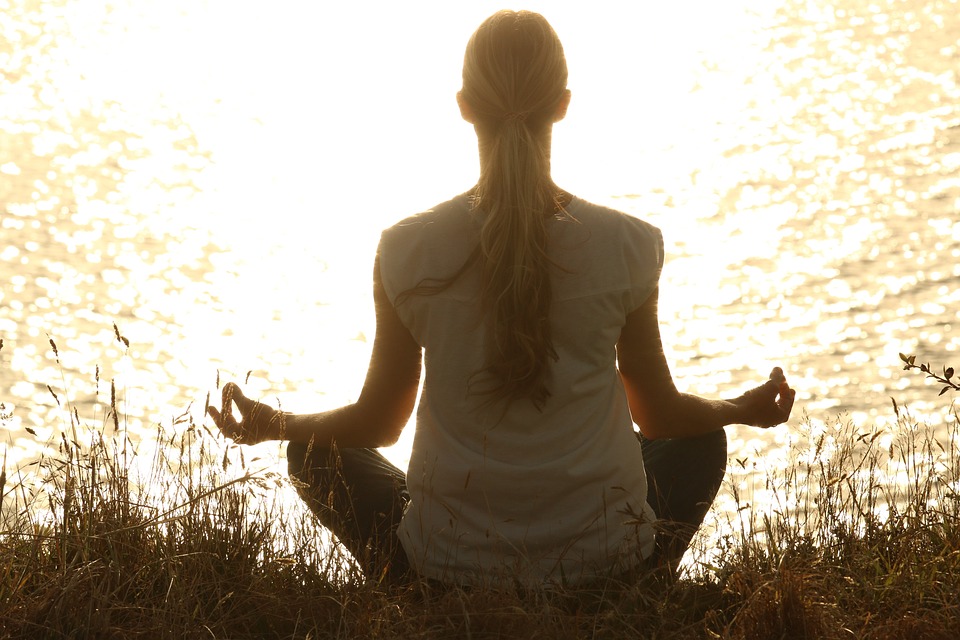 Humans are social animals. Anger tends to arise when someone in our social circle hurts us, either physically or emotionally. It can also arise when an outsider threatens our group. Anger can also be directed at ourselves or toward inanimate objects.

It can be helpful to think back on recent times we were angry. Did we act immediately? Did that solve the situation or make it worse? 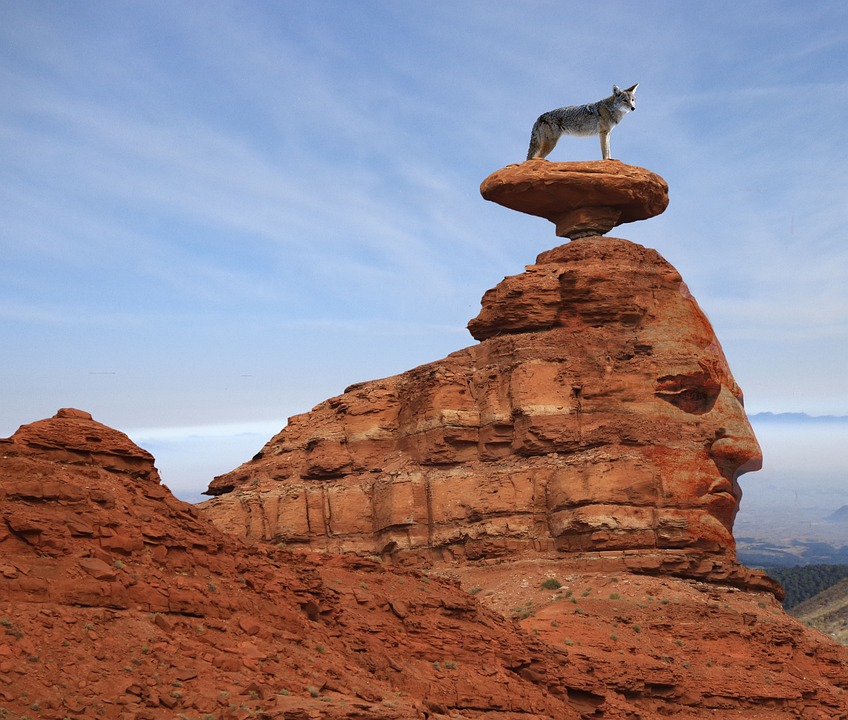 Growing up, I watched a fair number of cartoons. One of my favorites was Wile E. Coyote and the Road Runner. Poor Mr. Coyote seemed to be the embodiment of unwise anger. All he ever wanted to do was track down the Road Runner and have him for dinner. But every time, something went wrong. And it seemed like no matter how wrong it went for him, he could always find some reason to make it worse, until he managed to fall off a cliff with a giant anvil or bolder falling just above him.

I thought of Mr. Coyote when I stubbed a toe on a rock in my back yard earlier this summer. I hurt my toe, I stumbled, and I nearly crashed, Wile E. Coyote style, into the ground with everything I was carrying surely flying into the grass around me.

In my moment of anger, I thought about turning and kicking that rock as hard as I could. But then an image of Wile E. Coyote came to mind. I thought, “that rock either isn’t going to move because it’s secretly huge and just mostly buried underground, or it’s going to fly into the wall and chip the paint and bounce back and hit me square in the face.”

So I paused. I winced a bit at my sore toe. And I went along my way, forever mindful of that rock, and the many others that might jump out to cause me such pain in the future.

Along with the rock, I could have also gotten angry at myself. After all, I was the one who foolishly tripped on the stone and maybe should have been paying better attention to where I was going. This, too, could have triggered a further calamity. Caught up in a rambling, angry self-dialogue, I could have easily stumbled right back into that rock or another, only increasing my physical (and emotional) suffering.

Many of us do have patterns of anger toward ourselves. If we think about where this comes from, it might be childhood experiences, perhaps even just one such experience. A very mean adult, especially a caretaker, can make us think that taking out anger on ourselves or others is a part of life. Or even that it is necessary.

Looking into the deeper causes of any self-anger can be an essential step on the journey to a happier life. I have long marveled at the fact that the Buddhist loving-kindness practice begins with generating positive feelings for ourselves. Often, one repeats a phrase such as: may I be well, may I be happy, may I be free from suffering.

Developing what many consider our natural wish to be happy can help counter those moments when self-hate or self-directed anger arise. As with so much in life, if we find ourselves feeling really awful or thinking of self-harm, professional intervention may be the best thing to help us get on track. 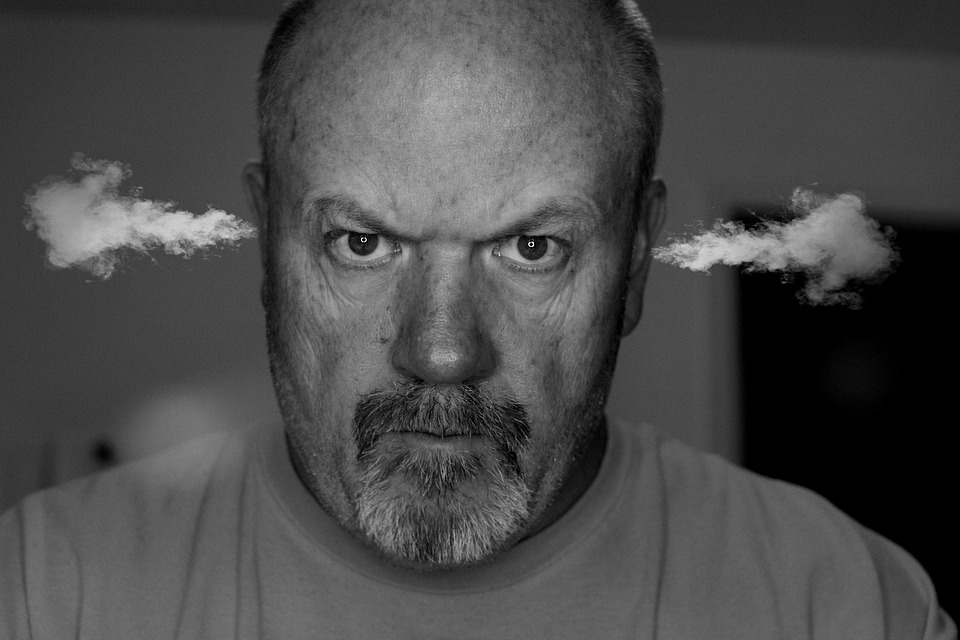 For most of us, the bulk of our anger is directed at other people. As noted, this might have been helpful for us as we evolved. Historically, we might only know the people of our small, relatively isolated clan. And evasion or quickness to anger toward outsiders might have ensured survival. Similarly, anger toward some inside the social group might serve to quickly change their behavior.

But today we are exposed to people around the world. And we are told which ones are good and which ones are bad by TV pundits, often with incredible certainty. We often see these people on TV being angry and must choose whether to join them in anger, oppose them, or simply shrug and change the channel. Social media can be even worse because we see our friends and family joining in the fray, making it much more likely that we will be pulled in.

All of this has hijacked our once-beneficial anger and turned it into a weapon used by others. In other words, those stoking anger are often doing so in order to manipulate us.

Finding calm in it all

Returning to Buddhist advice in the face of anger, we find an early poem in which a wise disciple of the Buddha says that by not returning anger with anger, one wins a double victory. First, they keep their own cool, allowing that smart, thinking brain to help devise a solution to the situation. Second, in doing so, they can often cool down the anger in the other person.

Rather than escalating a war of words, we can put on the breaks, saying, “let’s talk about this later.” Then, having thought over the situation and perhaps practicing loving-kindness toward ourselves and others, we can return to the conversation to seek a common solution. The Buddhist text even calls this a form of healing for oneself and others. No doubt, especially as a habit developed over time, the ability to respond to anger with thoughtful solutions can heal much in the world that needs help.

Justin Whitaker, Ph.D., holds a doctorate in Buddhist ethics from the University of London. He has given lectures, and taught Buddhist studies and Philosophy at Oxford University, the University of Hong Kong, the University of Montana, and at Antioch University’s intensive study-abroad program in India. A certified meditation teacher, he is a regular contributor to Patheos.com, and Senior Correspondent for Buddhistdoor Global. Justin is the official blog writer for Sunflower Counseling MT in Missoula, Butte, Kalispell, Billings, and surrounding areas. He lives in Missoula with his family.