“Don’t Look Up” and the American Psyche 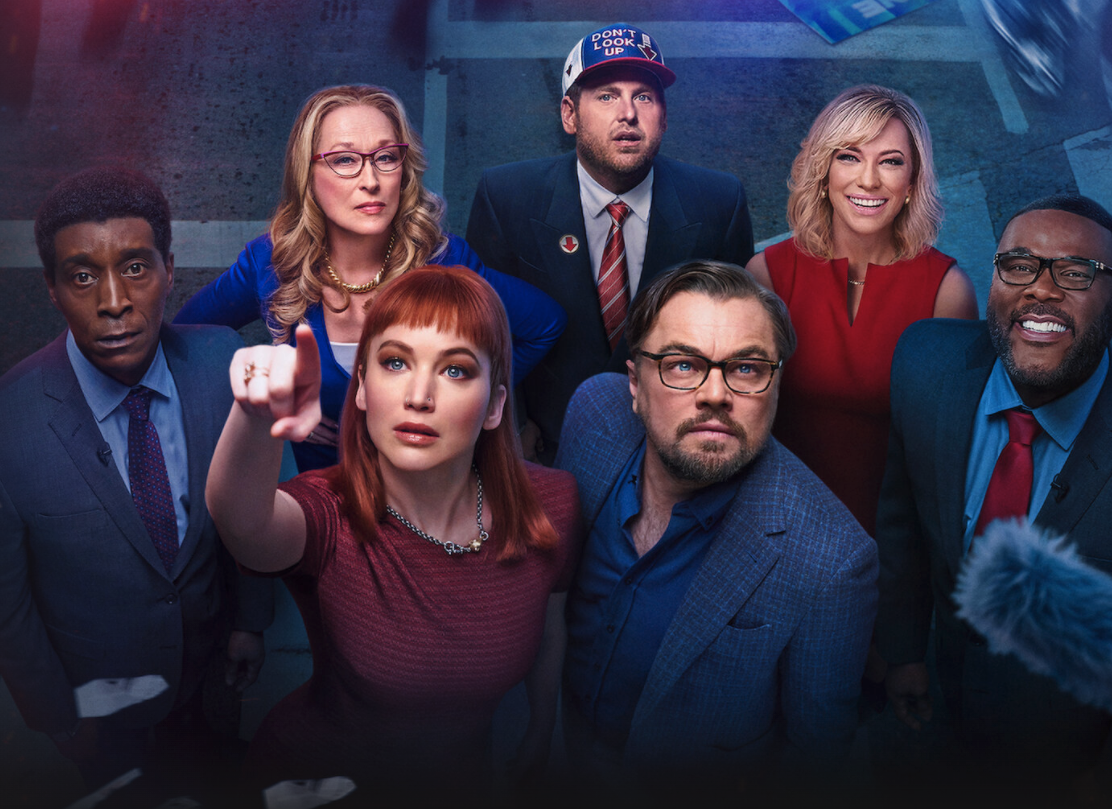 Many of us have seen the Netflix satirical movie, Don’t Look Up. If you haven’t seen it, you have probably heard about it. The movie debuted late last month and quickly became Netflix’s second most-watched hit of all time.

The movie is ostensibly about climate change. However, it features scientists played by Jennifer Lawrence and Leonardo DiCaprio, who discover a comet coming for the earth. The scientists give us 99.97 or so percent certainty of where and when the comet will hit. Luckily, they think, we have some time to respond.

However, the scientists soon realize that no one cares. Or at least, no one is prepared to respond to such an emergency. The President, played by Meryl Streep, is busy. The media, portrayed with a morning news TV duo played by Cate Blanchett and Tyler Perry, are concerned with keeping content light and fun. Even an activist musician, played by Ariana Grande, simply misses the importance of the issue. Instead, she focuses on her romance and efforts to save the manatees.

The film then follows the frustrated scientists trying to save the world. The media focus on Leonardo DiCaprio’s character’s good looks. The President and her sycophant-son (Jonah Hill) urge followers to “Don’t Look Up” even as the comet comes into view. Finally, a quirky tech billionaire corporate CEO steps in. When he realizes the comet is worth money, however, he sabotages humanity’s one chance to divert the comet. His own plan, which involves mining the comet, fails. And, perhaps unexpectedly, the comet hits, wiping out humanity.

Is it a good film?

Many reviewers have panned the film as over the top. They have called it heavy-handed, mean spirited, and smug. The rating on Rotten Tomatoes is currently 55% among critics. So it is not a guaranteed hit.

However, I side with the slight majority of critics who did like the movie. It is a satire. And as such, it hits remarkably well. The cast is a who’s who of Hollywood A-listers and they do an excellent job. Nearly all have rightly won praise for their acting.

I felt that the film was also entertaining. It built up most of the key characters well. The two-plus hours of the film passed quickly.

The reflection of American psychology 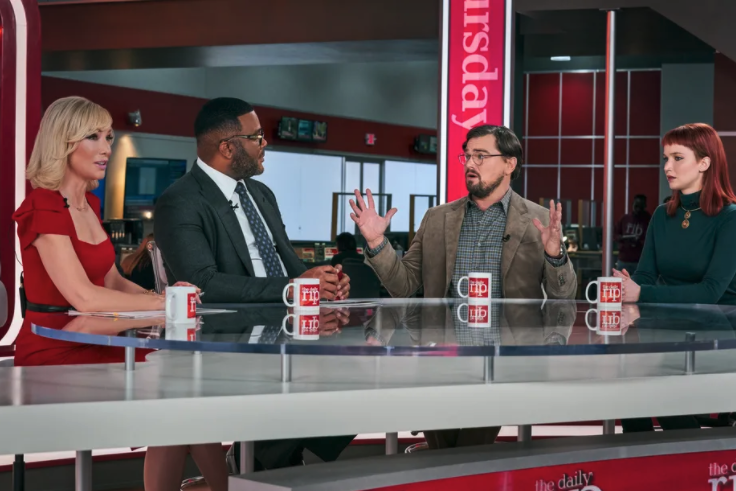 As a student of history and society, I think the movie did an incredible job of capturing our world today. We are too caught up in drama. We are too easily distracted. We have a very hard time listening to experts. This was exemplified perfectly in the early days of the pandemic. And before that we can look at the decades of scientific testimony about climate change.

Those of us who have been listening to the scientists for 20 years or more are feeling burned out. We watched Al Gore’s film An Inconvenient Truth and hoped it would turn the tide of our society. We changed our light bulbs. We cut back on meat or gave it up entirely. We bicycled to work and bought the first Electric Vehicles.

But little has changed. A graph of global climate emissions from the last 40 years is a relatively straight line, steadily rising. You don’t see dips from great climate initiatives or when brilliant leaders took over. None of these made a change. The pandemic, ironically, did help for a bit. Global travel slowed. Even shipping took a hit.

But any gains were quickly wiped out. After the lockdowns, Americans yearned to travel more than ever before. In 2021, national parks hit visitor records and campsites were hard to find. Real estate has gone crazy as remote workers from cities have moved to suburbs with extra rooms for home offices.

So, climate scientists are again sounding alarms. And politicians are again either ignoring it or making big pledges to do things in the distant future. 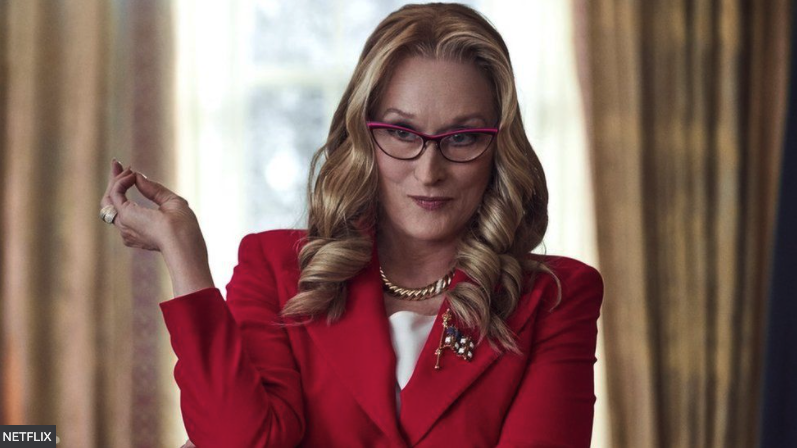 In a 2019 experiment, psychologists looked at people’s use of experts to help make decisions. What they found was labeled, “epistemic spillover.” When we see someone as authoritative in some realms and trust them, we allow their views in other areas to influence us too.

For example, when I grew up one of my dad’s friends was an entrepreneur and a builder. He invented new things regularly and sometimes was able to sell them for a profit. He always had big ideas. Seeing them work out made me think of him as exceptionally smart. So I trusted his opinions on many things. It wasn’t until I was older that I learned that he also had significant problems. His wife had left him and his children barely spoke to him. He fought with his neighbors and had some run-ins with the law.

In the world around us this has real-life consequences. If we identify with and admire people who are opposed to experts, we too will fail to take expert’s advice. We might think that we have taken a very reasonable route to our opposition. But we haven’t.

This goes for people on both “sides of the aisle.” If we can learn to listen better, we will understand one another more deeply. Without that, we might continue to struggle with one another as our world deteriorates. We must take time. We must reconnect as a society if we want to move forward.