As counselors at Sunflower Counseling here in Missoula, we love to read. And as such, today’s 3 great ideas come to us from: “Shoe Dog” by Phil Knight – the founder of Nike. 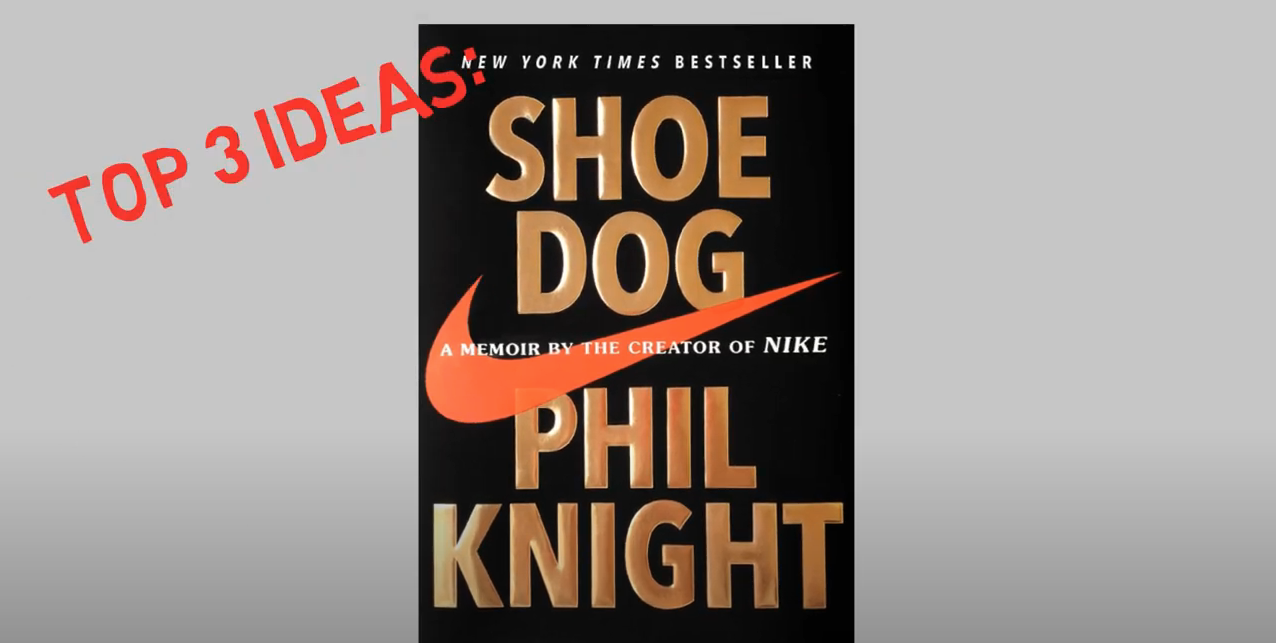 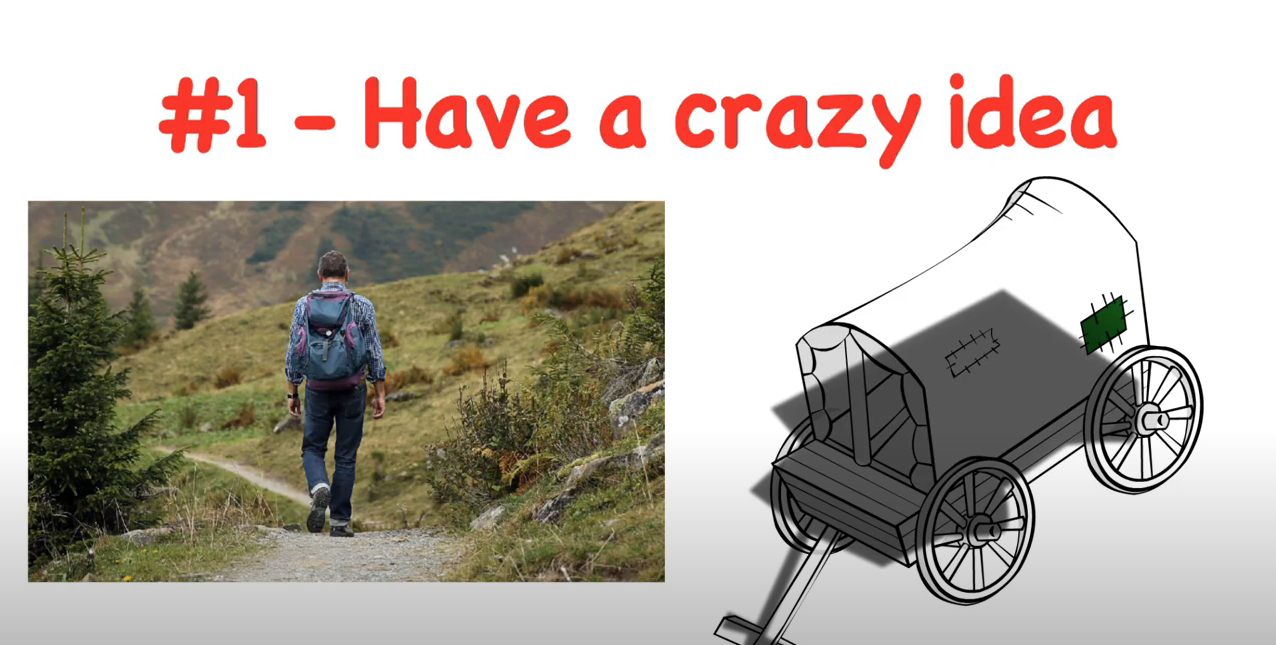 Phil Knight is a trail blazer just like those guys who made the Oregon Trail.  Deep down he knew that life was short and he wanted to leave his mark on the world.

He says, “The secret of happiness…lay somewhere in that moment when the ball is in midair, when both boxers sense the approach of the bell, when the runners near the finish line and the crowd rises as one. There’s a kind of exuberant clarity in that pulsing half second before winning and losing are decided. I wanted that, whatever that was to be my life, my daily life.”

In college, Knight ran track at Oregon, and he lettered 3 of 4 years. But that was it. That was the end. So you know that feeling we were talking about? Well, Phil wanted to feel that feeling. Was there some way to do that, to feel what athletes feel, he asked, without having to be an athlete? 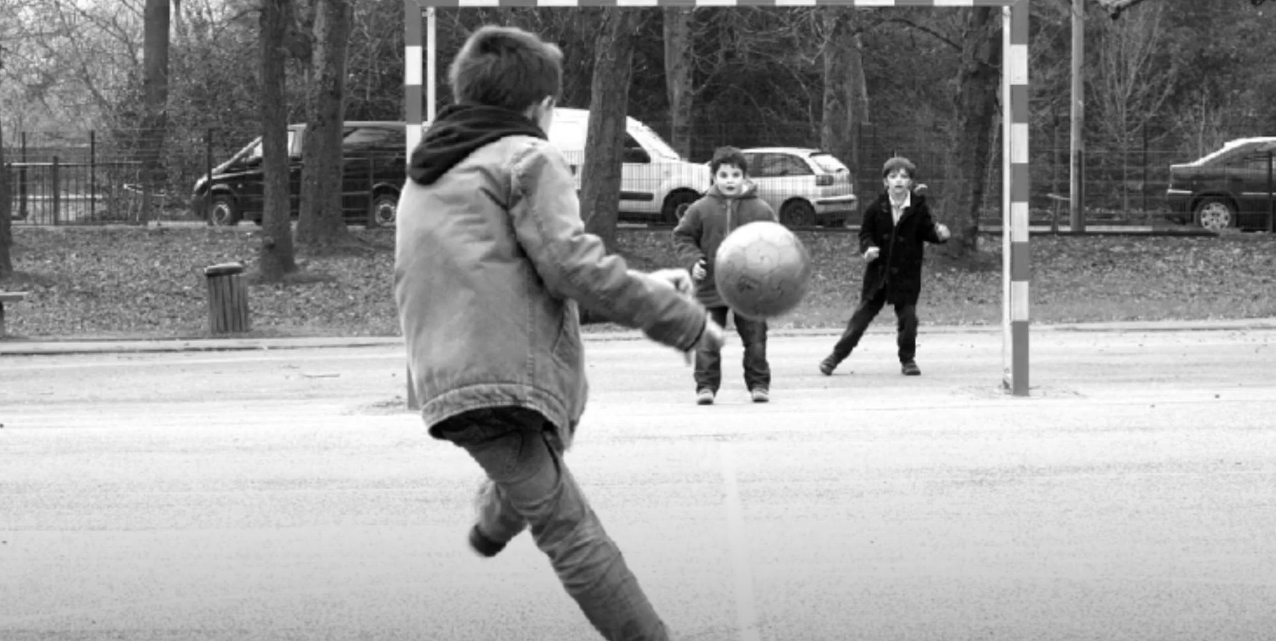 He wanted to play all the time.

I totally get it. I’ve often fantasized about being a gym teacher. You know those guys who get to play dodge ball all the time?  I was like, “That’s not a bad way to live.”  It’s sort of like senior citizens who play Pickle ball all day. You get to go outside and look at the green grass and the mountains, hang out with friends, and sort of live in a state of elevated dopamine.

But Phil had a crazy idea. And he decided to follow it. 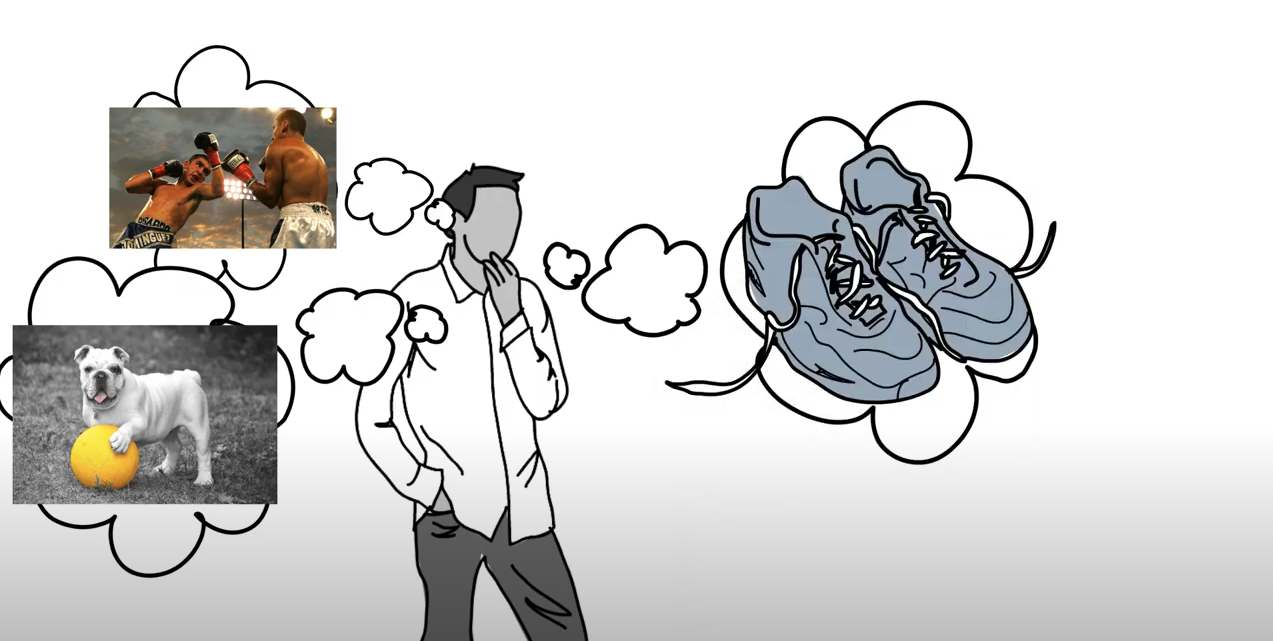 Just like history is filled up with crazy ideas, he says.

And when you get your crazy idea, and you decide to embark on yours, don’t stop. Just keep going. Don’t even think about stopping until you get there, and don’t give much thought to where “there” is. 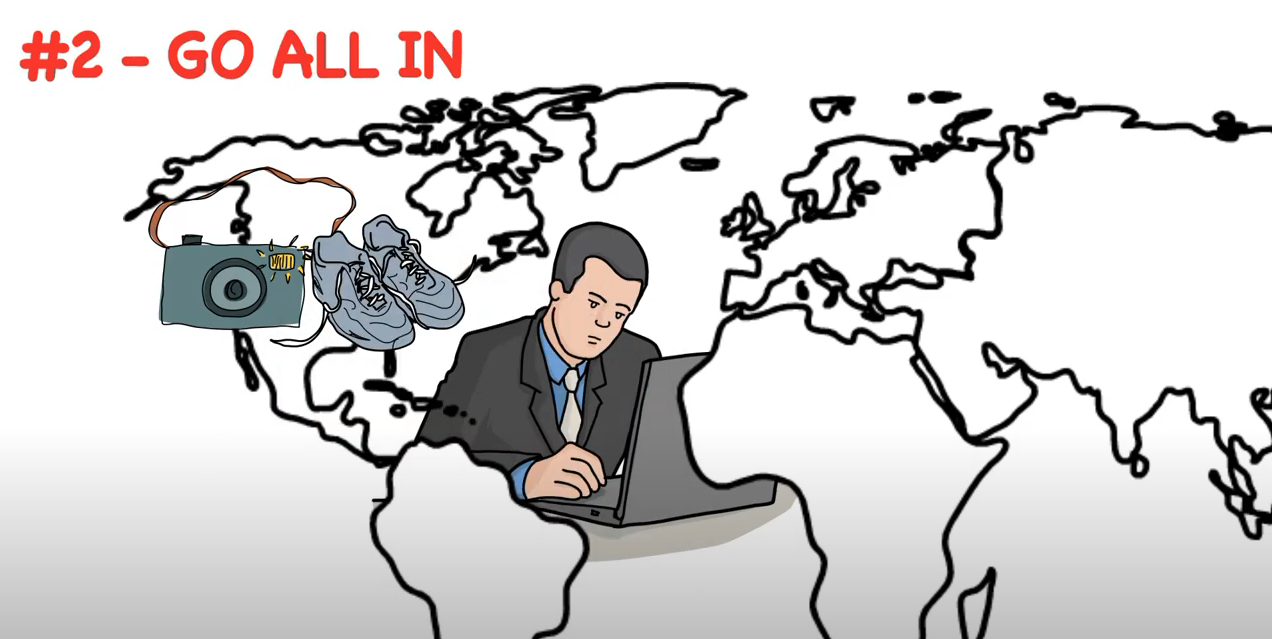 At Stanford, Phil spent weeks writing a research paper on shoes. He noticed that the camera market, which was dominated by the Germans, had been overtaken by the Japanese.  He amply conjectured that the Japanese could do the same with the shoe market.

Being a runner Phil knew something about shoes. Now he just had to “run” the idea past his dad.

Have you ever tried to do this?  I have. Parents like to be respected by other parents. And when the neighbors down the block see that your son is just spending his time traveling, they don’t like that.

But Phil’s Dad was a little different. Phil wanted to go traveling. To see the world. We’re only 24 once. 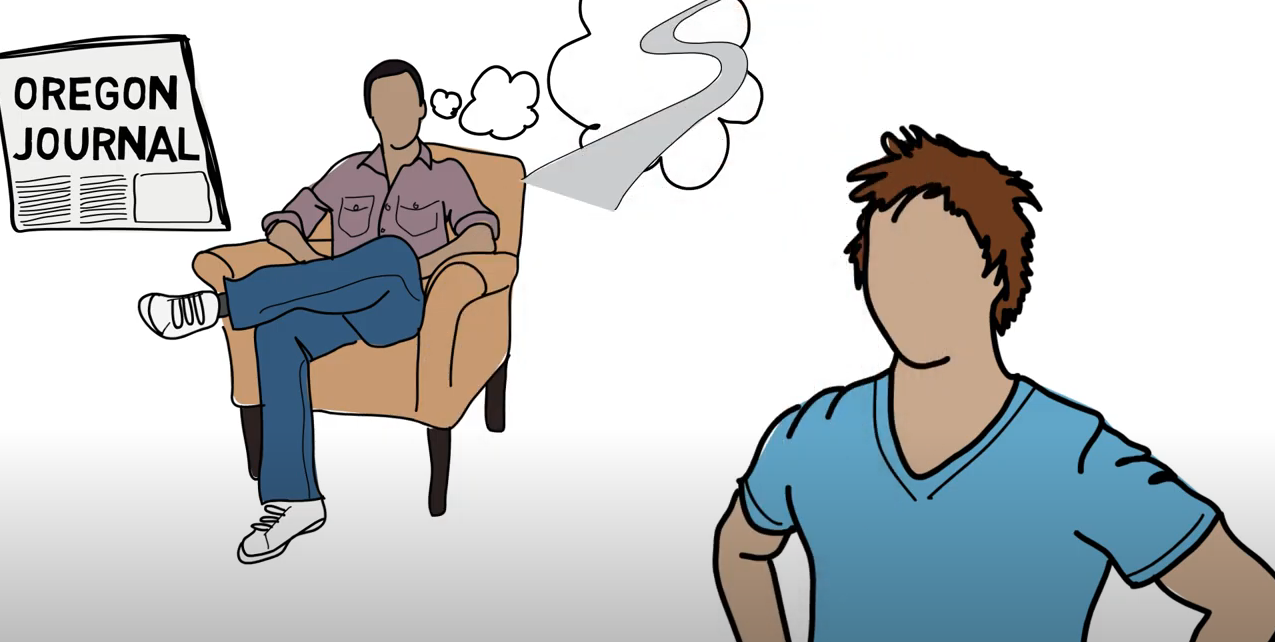 And in this case, Phil’s dad, who had a respectable job as the publisher at the Oregon Journal – well, he hadn’t done much traveling.  He always wished that he had.

And so he said, yes to this idea – the traveling – actually more than focusing on the “crazy idea”.

Phil took a side track.

As kids do. He and his friend spent some time in Hawaii selling encyclopedias. Seeing the world on what can only be called a spiritual level. All this sight seeing eventually takes him to Japan, where he has to learn how to speak, not in that arrogant American way, (of the hard sell), but in the way that understands how another culture speaks.

Phil was told that Japan business talk was a culture of indirection. No doesn’t necessarily mean no. But neither does yes, haha. So in Japanese culture according to this, you don’t know if you’ve been rejected or not! You just don’t know.  But eventually Phil gets into a Japanese shoe factory. And he makes his pitch which rolls off his tongue because he wrote a huge paper on shoes at Stanford.

No doesn’t necessarily mean no.

“Gentleman, the American shoe market is enormous. And largely untapped. If Onitsuka can penetrate that market, if Onitsuka can get its Tigers into American stores, and price them to undercut Adidas, which most American athletes now wear, it could be a hugely profitable venture.” 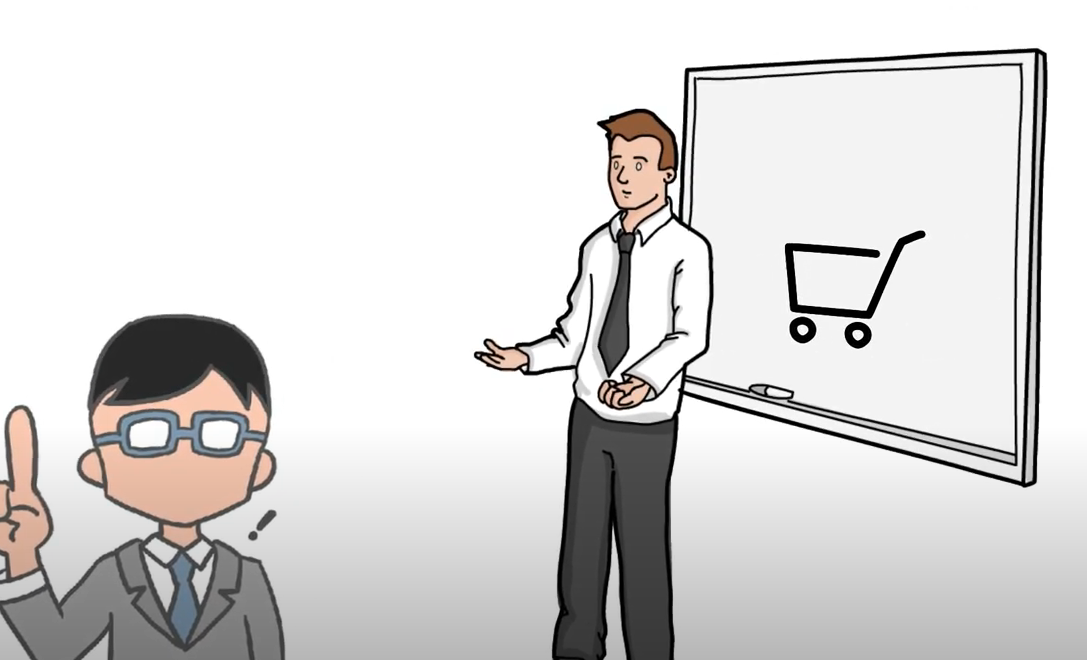 The Japanese businessmen talked about themselves. What were they saying? Then, abruptly, they all stood up and left.  Was this custom?  Was this cultural?  But after a few minutes they returned.  And they were IN.

“Would Blue Ribbon…be interested…in representing Tiger shoes?” the businessmen asked him. “In the United States?”

And so Phil took the long way home – he went to Jerusalem, Rome, Venice, Milan, and stood in the spot where Joyce slept. While at the Champs-Elysees, he remembered that Patton was the most shoe-obsessed “A soldier is only a soldier. But in boots he becomes a warrior.”

But when he got home the first thing he asked his Dad was, “Dad, did my shoes come?”

It took forever for the shoes to come.

And in the meantime Phil decided to team up with his old track coach from Oregon, Bill Bowerman.  All Bill thought about was shoes.  And that’s the idea behind what a shoe dog is.  There are these people who are obsessed over shoes. Phil described Bowerman as “a genius coach, a motivator, a leader of young men….”

And so when Bowerman wanted 51 percent of the company – Phil agreed.

On his travels he meets a charismatic wanderer and falls in love – but she soon dumps him and says he’s not sophisticated enough for her. Her blood is too rich. Has that ever happened to you? It has to me, totally.  “You’re not sophisticated” she says, smoking her cigarette.

He found Jeff Johnson, a fellow runner from Stanford who was obsessed with shoes on another level. Runners, Jeff believed, are God’s chosen, and done in the proper form, it’s a mystical experience like meditation or prayer. This is what Phil wanted to hear. So he had one of his master salesmen.

Phil was teaching, at Portland State University – he needed this income because he literally wasn’t paying himself hardly anything out of the company. It was here where he met a student who wasn’t as outwardly as charismatic as Sarah – but – BUT she was striking like Cleopatra or Julie Christie.  And he could barely talk.

And she scored the highest in his class and it didn’t take much effort for him to ask her to work for him in his company.  But it took a lot of courage for him to ask her out.  “Oh,” she said.  “Well. Okay. Okay.”  She never lifted her gaze from her shoes.

And when he went to Japan to keep building his company, it was so hard for him to say good-bye, even for a little while, to Sarah. 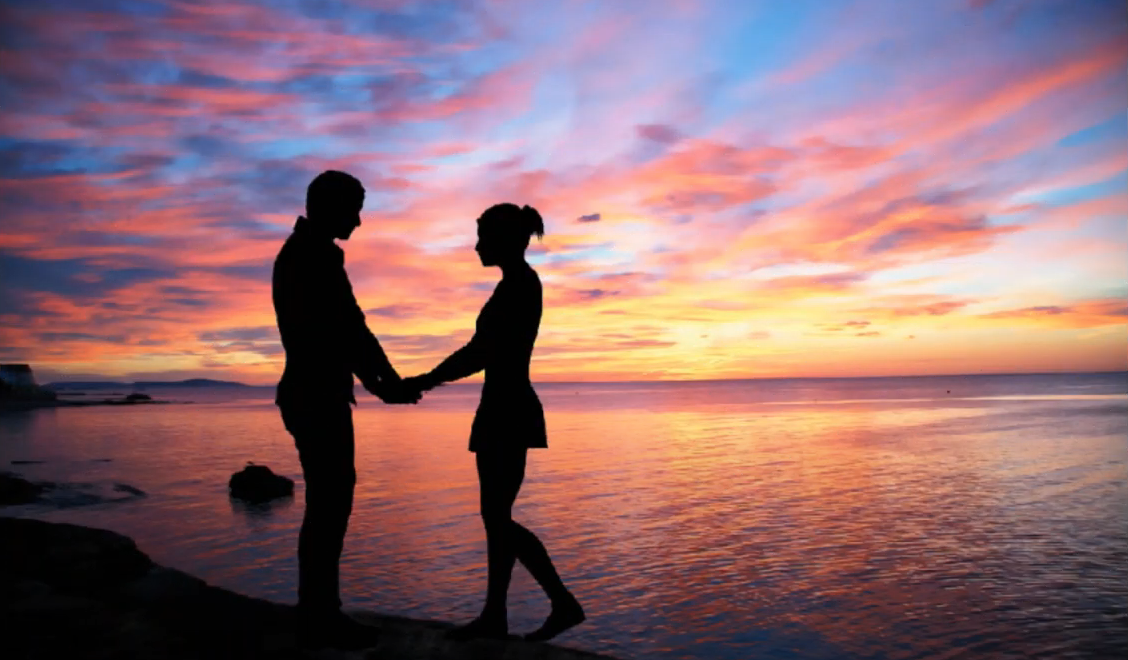 Imagine that, he though. The single easiest way to find out how you feel about someone. Say goodbye.

You have to read this book, his journey is absolutely beautiful and we just touched on the beginning. Check it out, “Shoe Dog” by Phil Knight.”