“Ego is the Enemy” by Ryan Holiday – Book Review 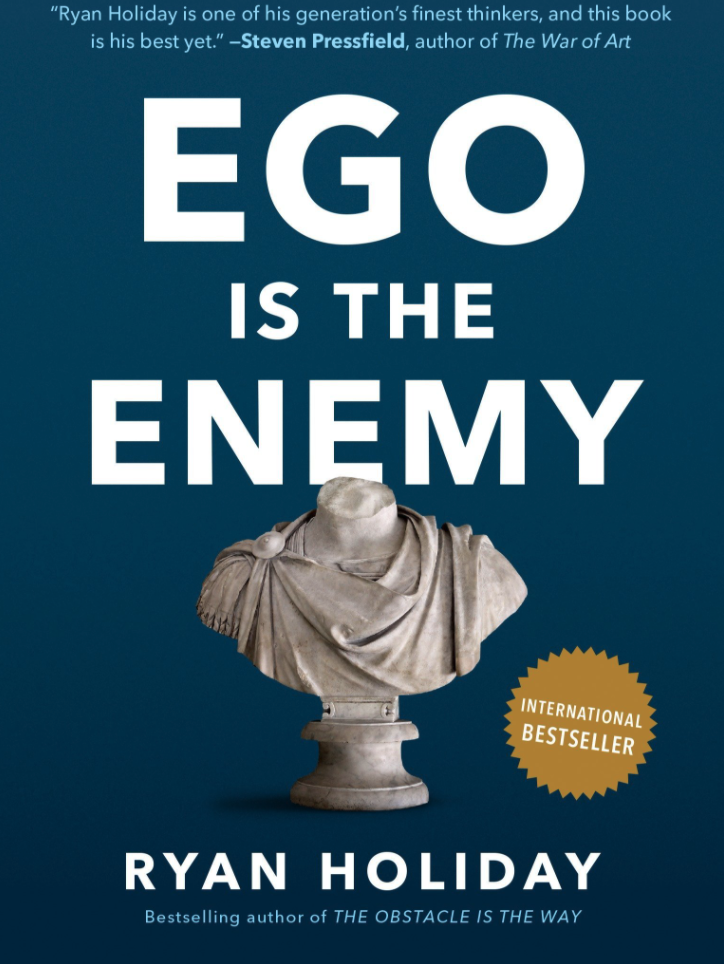 We like to read books here at Sunflower Counseling. And today’s book review is motivational. And it’s about the ego. The author is defining ego not like the Freudian “I”, but rather, as in the arrogant sense. And he talks in the book a lot about how our own sense of arrogance gets in the way.

For example, when we think of addiction. Often times we tell ourselves that we can “handle it” all. We’re this rogue wolf. This independent thinker who doesn’t need anybody else. But that is arrogant. Because this society makes it so everyone is addicted to something. It’s just an addictive society.

So the sooner we can get rid of these ideas, and let ourselves be vulnerable, then the faster we can get on the path to making progress. Just one day at a time like we often hear.

My favorite story in “Ego is the Enemy” is about John Boyd, who was one of the most influential thinkers and military strategists. His ideas and theories transformed how the military thinks about F-15 and F-16 fighter jets . But the average person has never heard of him. He was known as “Forty Second Boyd” because he could defeat any opponent in less than 40 seconds. 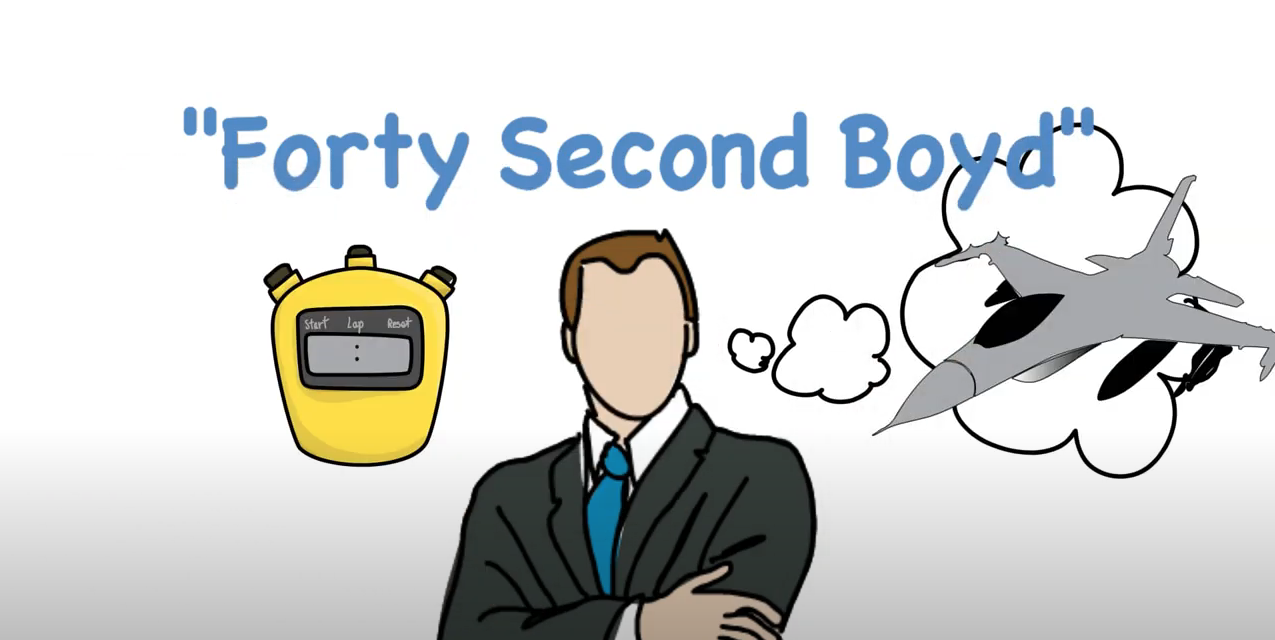 But again, who is he? He doesn’t have any big buildings named after him. We didn’t learn about him in school.

Well, one day Boyd was talking to one of his young students, and this is what he said: 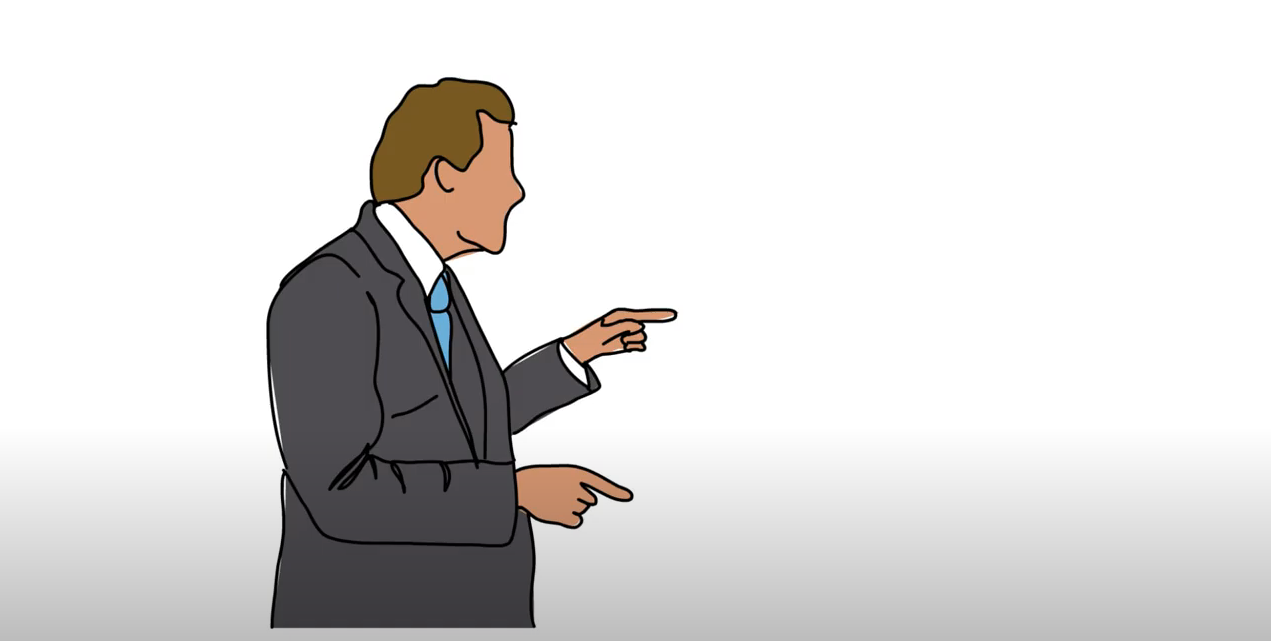 He then paused, to make the alternative clear.

“Or,” he said, “you can go that way and you can do something-something for your country and for your Air Force and for yourself. If you decide you want to do something, you may not get promoted and you may not get the good assignments and you certainly will not be a favorite of your superiors. But you won’t have to compromise yourself. You will be true to your friends and to yourself. And your work might make a difference…

“To be somebody or to do something. In life there is often a roll call. That’s when you will have to make a decision….To be or to do? Which way will you go?”

This is the big question. In this case it is not “What do I want to be in life?” but rather it’s “What is it that I want to accomplish in life?”

What is your purpose?

What are you here to do?

“Why do you do what you do?” And keep asking this question until you get it. Anything else is a distraction.

And once you know your purpose, get a teacher!  Become a student! Even that guitarist from Metallica has a teacher. Michael Jordan has a coach. You need one too. Get one now! As a student – if you’re not still learning, you’re already dying. Being a student is a position you must assume for LIFE. No matter who you are.

And as you meet people, make a little file and jot notes on the back of notecards the phone numbers and little details of the people who can help you in the future – and who you can help. Make the strivers your friends, not the proud and accomplished. 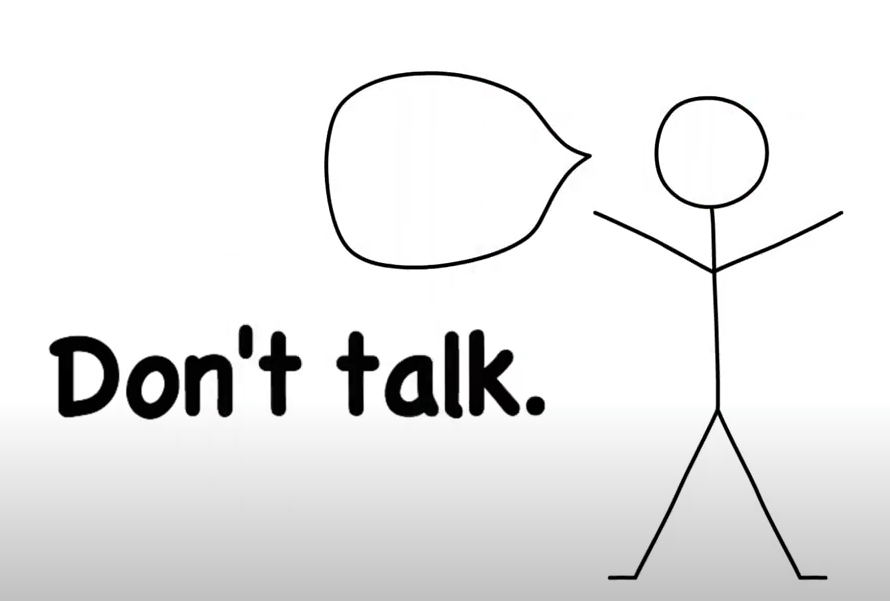 Don’t talk about what you’re doing. Talking is a waste of time.  There’s nothing in it for you. That’s talk talk talk. It takes more strength to be quiet than it does to talk. Direct that energy into doing. That is the energy you need! Don’t let it spill out of your face! You’re going to need that for the work. Your work runs off that fuel.

And work is what is really comes down to.  Holiday writes, “Work is finding yourself alone at the track when the weather kept everyone else indoors.”  And remember if you’re doing what you love then you’re getting your ass kicked. In some way. 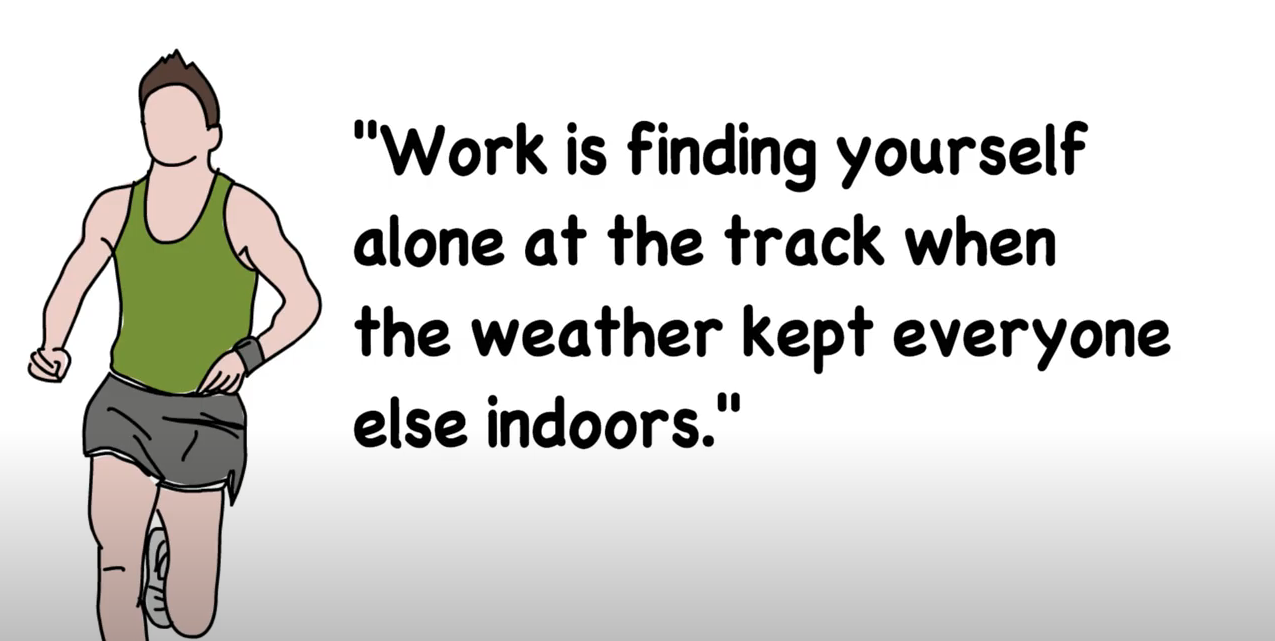 When you’re learning, this is being ALIVE. There were times in your life when there were DEAD times, you know those times.  It’s like seasons of your life.  Maybe those were the years when you smoked all that weed and nothing got done.  Some people have those years in college. That’s not good timing.

We are students here. We just got here. We’re young!  In terms of the universe.  We’re here for a second. How are you going to spend yours?  It takes a special humility to know that you know less and less even as you grasp more and more. Socrates knew this as he said he knew next to nothing. 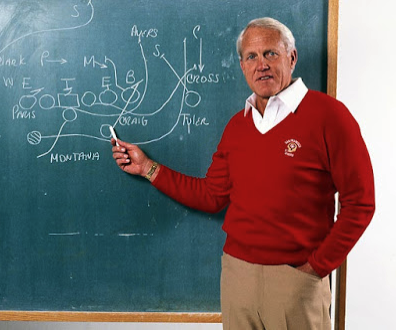 For 49er’s coach Bill Walsh, it was about WHAT should be done. WHEN and HOW.  Practices and rehearsals were scheduled down to the MINUTE.

He said if the players take care of the details, then “the score takes care of itself.”  And the winning would happen.

So keep your identity small.  The way to do big things is to do deceptively small things.  Keep a clean work area.  Put time into this. Yes, “the wood chips will fall” – which is good  – “but clean when you’re done”.

It’s this thinking – to be meticulous about when you show up. Set a timer. I work from this time to this time. This is where I’m at for these 30 minutes. I’m sitting here at this desk.

Make it about the work and the principles behind it – not about a glorious vision that makes a glorious headline.

“We must shun the false crown and focus on the work that got us here.”

SHUN THE FALSE CROWN, FOCUS ON THE WORK.

Holiday says in his book, I love this quote:

“Think about all the people in history who were not rewarded for their work.  Should they have not done it?  It’s far better when doing good work is sufficient. The less attached we are to outcomes the better. When fulfilling our own standards fills us with pride and self-respect. When the effort – not the results, good or bad, is enough.” 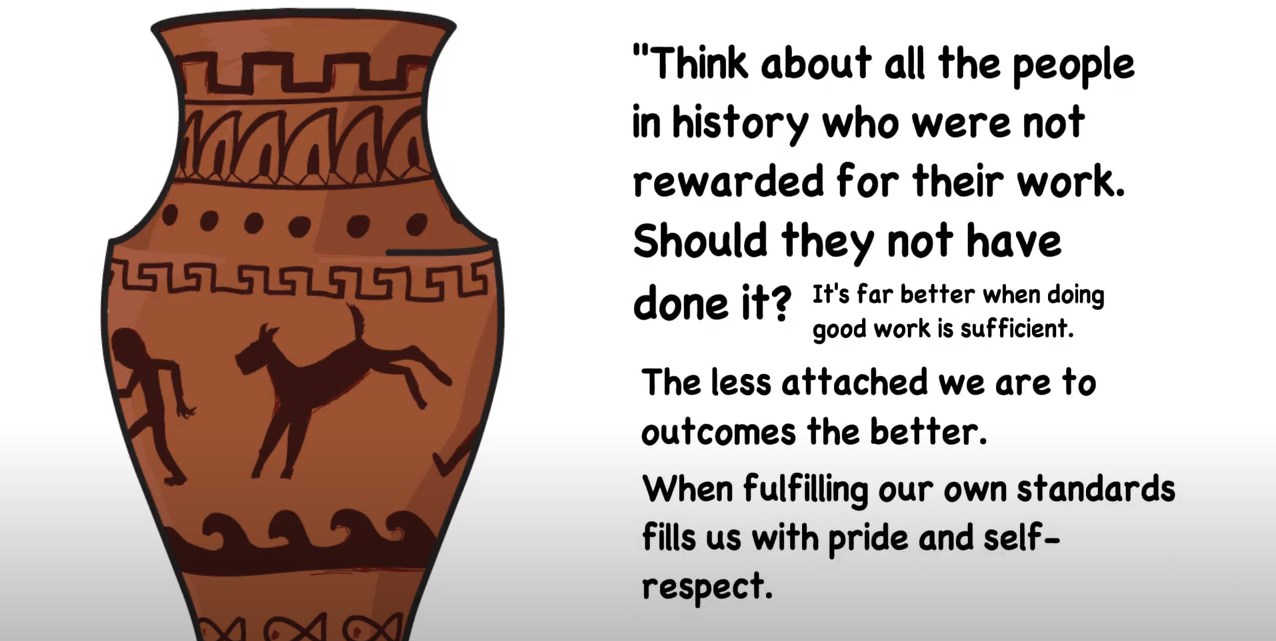 So how do you carry on then? How do you pick up that guitar? How do you write that story or movie when nobody’s going to watch it?

John Wooden’s advice to his players: Change the definition of success. “Success is peace of mind, which is a direct result of self-satisfaction in knowing you made the effort to do your best to become the best that you are capable of becoming.”  The scoreboard isn’t the judge of whether you or the team has achieved success!

Recognition and rewards? Those are just extra. Rejection, that’s on them, not on us.  Doing the work is enough.” That’s being ALIVE.  Make these ALIVE TIMES in your life!

Sometimes you have to hit rock bottom to get it.  Holiday talks about how in Greek Mythology, characters often experience a katabasis – or “a going down.”  They’re forced to retreat, they hit that brick wall where you can’t continue so they experience a depression, and in some cases they literally descend into the underworld. 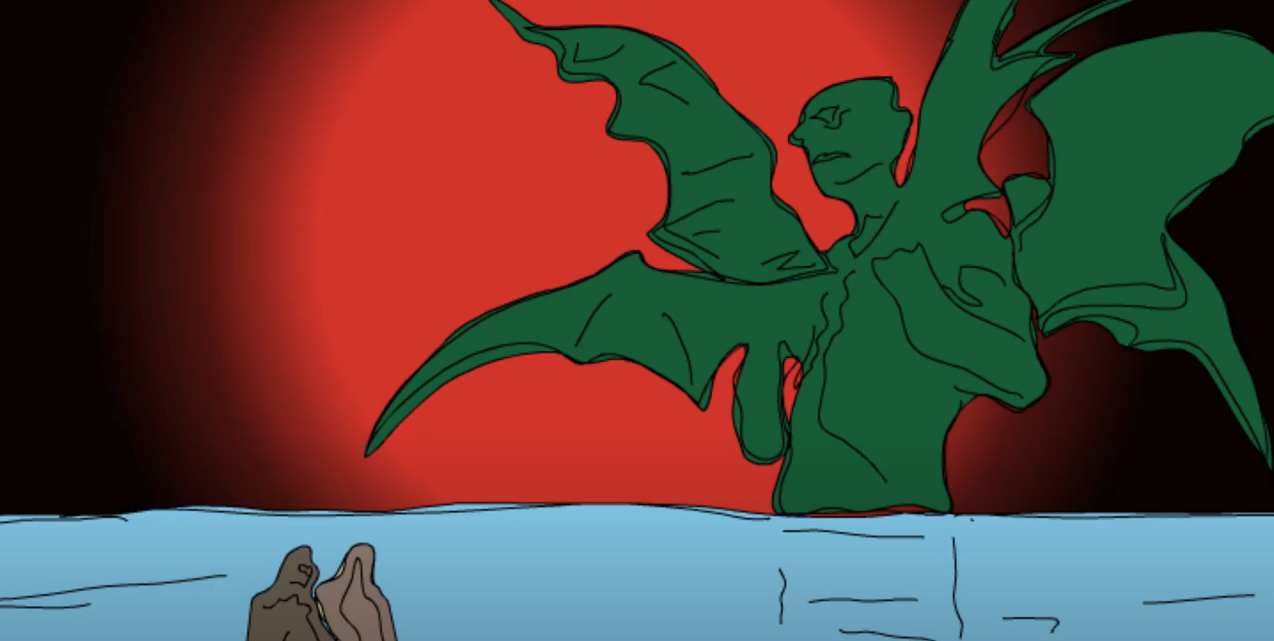 And a lot of people don’t come back!  They stay there!

So face the symptoms. Cure the disease. Ego makes it so hard – it’s easier to delay to double down to avoid seeing the changes we need to make.  But change begins by hearing the criticism and the words of the people around you.  Who’s going to tell it to you straight?  So find your teacher! And …

“In the end, the only way you can appreciate your progress is to stand on the edge of the hole you dug for yourself, look down inside it, and smile fondly at the bloody claw prints that marked your journey up the wall.” 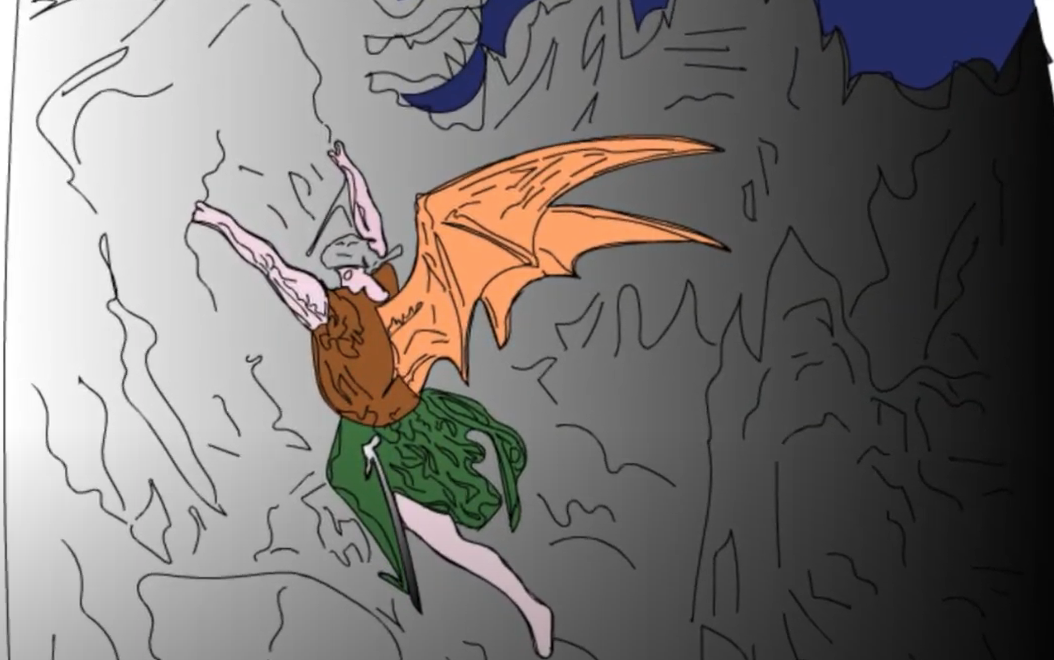 Make sure to read “Ego is the Enemy” by Ryan Holiday.

If you have any recommendations for a book review please email us: hello@sunflowercounseling.com