We here at Sunflower Counseling MT are big readers. And so a lot of our counseling and therapy comes from the act of always learning – like from these powerful books that moved us. This week we are looking at “Man’s Search for Meaning” by Victor E. Frankl. It’s a good book to read at this time of year, especially because this is the time of year when people become depressed. January is the worst, some say. But sometimes, when you can compare your life to what these people went through in history, it can help to reframe the problem and the pain. 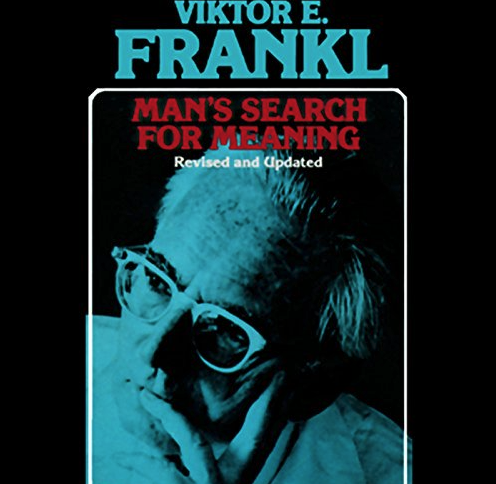 Man’s Search For Meaning is a memoir depicting Viktor E. Frankl’s experience as a prisoner and survivor of the Nazi concentration camps. Through his story he demonstrates how the pursuit of meaning led him and many others to endure horrendous physical and mental suffering. He persevered by creating meaning and purpose out of his life and situation. His profound revelation can be shared universally no matter a person’s life circumstance.  I was deeply moved by his story because he captured what it was like inside the mind of the average prisoner. It was courageous of him to publish this because it went against his predisposition to remain anonymous. But this story of courage had to be told, even though it has been lived by millions who have suffered “time and time again”

Man’s Search For Meaning is comprised of two parts. The first is an autobiographical account of life in the Nazi concentration camps. He describes three psychological phases prisoners experienced: shock upon arrival to the camp, a sense of apathy, and the period following release. Each of these stages posed a great number of challenges. For instance, upon arrival many prisoners suffered from the condition known as “delusion of reprieve”. This was the illusion that salvation might occur at the last minute. Frankl and many others had false hopes such as these that life in the Nazi camp may not be as bad as he imagined. Yet they soon found the conditions to be so horrific that many people could not muster the strength to get out of bed. If one of the prisoners decided not to trade their cigarettes for food rations, then it was understood that he or she had given up hope, and it would only be a matter of time for them to live.

When liberation occurred, the prisoners could not grasp the freedom that was upon them. The beauty and colors of the world had lost their spark and joy. Many people could not leave their oppressed state and began to be the oppressors. They failed to find meaning of their intense suffering. This led to feelings of bitterness and disillusionment upon their release. Yet, despite these adversities some were able to survive, and even move on in the face of the worst tragedy imaginable. 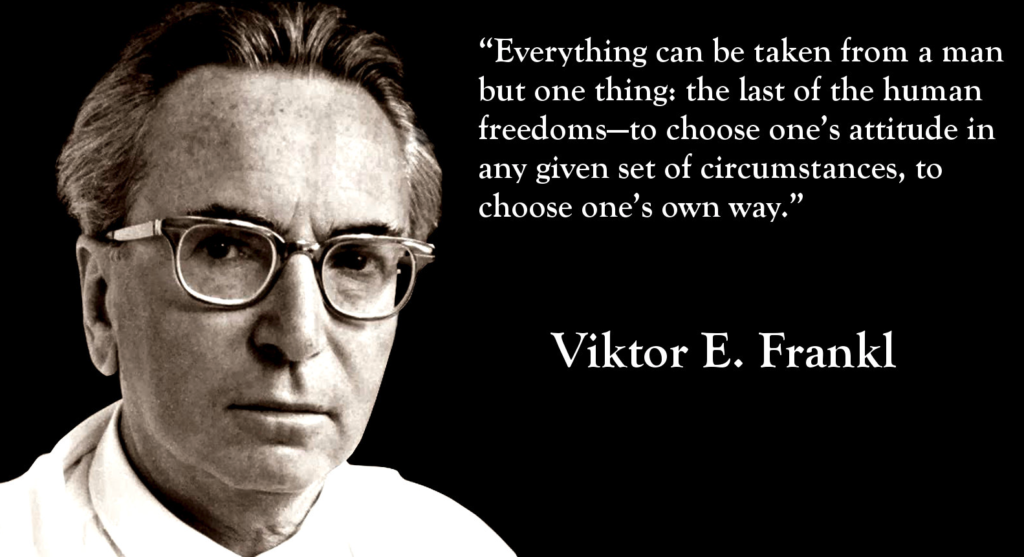 Frankl explains several factors which increased survival rates: the will to live, self-preservation, sheer luck, and some generous acts from the guards and fellow prisoners. He also found it important to preserve humanistic traits such as: humor, inborn optimism, psychological detachment, brief moments of solitude, inner freedom, and not giving up or committing suicide. The most notable lesson of survival was “it is not the suffering itself, but how you respond to it”. This idea preserved his ability to maintain control over any situation. This idea and other ideas like it cannot be doubted because it is Frankl’s intrinsic perspective. Again, these are not “an account of facts and events” but rather “personal experiences” which he can only grace upon us, if we’ll listen. There is no absolute scientific way to tell if these techniques can work for everyone, or if they hold up in one’s day to day because again, the lessons are situational. This is a situation that is, in essence, and anomaly or mistake that should not have happened in history.

We can only try and empathize. “Love is the ultimate and highest goal to which man can aspire,” Frankl writes. In his greatest despair he used thoughts of his wife to bring purpose to his life. He wanted to live so that he might see her again someday. His memories brought warmth and light to his situation and gave him a powerful inner strength. His past experiences were his to keep no matter what happened to him in the present or future.

The second part of the memoir, “Logotherapy in a nutshell” introduces Frankl’s theory, which is considered the third Viennese School of Psychotherapy after Freud’s psychoanalysis and Adler’s individual psychology. He uses the Greek word logos, which signifies “meaning”. His short description of Logotherapy was condensed from twenty volumes of text written in German. He describes it as “compared to psychoanalysis, less retrospective and less introspective, but focuses rather on the meaning of a person’s future”. And he seems to speak for all of us when he says, “it is important to change the perspective toward the future and what life accomplishments can be made”.

Frankl attests meaning must be man’s primary motivation. Each person creates their own meaning within their lives. Many people experience great depression and worthlessness when they lose the ability to find meaning in their existence. Frankl describes this phenomenon as an “existential vacuum.” When there is no direction people often follow the will of what people want them to do, or what people wish them to do. They are essentially in a state of boredom and going through the motions of life. This can often lead to an existential frustration or neurosis.

Logotherapy is used as a technique to treat different neuroses that people experience. Many neurotic individuals suffer from anticipatory anxiety. This acts as a self-fulfilling prophesy and produces exactly what the person is afraid of experiencing. The rethinking process is described as paradoxical intention. The idea is that fear brings about what one is afraid of. If the focus is changed, then fear no longer occurs. Frankl uses the example of sexual neurosis to explain his technique. His example was a woman who made orgasm an object of excessive attention and intention, and thus was impossible to achieve a climax. However, when she switched her focus to her partner, orgasm occurred spontaneously.

Frankl also explores the idea of collective neurosis. The theory of “nothingbutness” claims man is a product of biological, psychological, and social conditions. This type of thinking is especially dangerous for a neurotic person. They may feel like a pawn of their situation. Freedom can be discovered when the person recognizes they may choose how to react to such conditions. As Frankl substantiates, man can overcome the worst conditions imaginable and still maintain his freedom.

Frankl’s use of narratives and detailed examples aid in furthering the understanding of his experiences and how they integrate into his work with Logotherapy. His personal account of clients finding success as a result of the treatment- demonstrates its effectiveness. It was also helpful for understanding the techniques of his theory with his explanations and examples. His clear style of writing is relatable and easy to understand. He also uses authentic imagery to depict the unimaginable horrors he experienced. His descriptions of prison life are vivid, and explained in great detail.

In most novels and films depicting the Holocaust, the Nazis are always viewed as the force of evil. Yet Frankl noticed something different through his experience. There were good and bad people in every group. Several prison guards showed mercy and care toward the prisoners. He determined there are two races of men, the decent and indecent. The “pure race” was not found in either group. It was shocking to understand his depth of humanity in how he was able to carefully separate the two. He could empathize and still see the human spirit portrayed in each group. No matter how much he was tortured, this part of him was not tainted by his imprisonment.

The main lesson to be learned from reading Man’s Search for Meaning is to find significance in everything that life brings. Frankl did not write this novel merely to recount the many horrors that occurred in the concentration camps. He wanted to share his experience to help people find value in their lives. By sharing his harrowing experience he brings the reader closer to understanding the depths of suffering and how to change their perspective. He fully achieves this goal through his narrative and his theory of logotherapy.

In my own life, I doubt my own abilities to greatly suffer and persevere under such similar hardships. His accounts at times were difficult to digest as a reader. He lost his wife, his parents, and his friends. Yet he was able to let go of anger and hatred and focus on the future. Again, there is a theme of forgiveness, which you see with Frankl and other great people of history. I would have to say this was the most observant and powerful aspect of the novel for me. The simple problems of my own life seem to be so insignificant in comparison.

The application of “positivity” and “meaning” are not only helpful in processing my life and work as a counselor, but necessary. I learned that even in the darkest despair beauty and love can be found. I will continue to try to understand that message and try to find ways to be more loving. My hope is to share his messages of meaning with clients because certain lessons can only come from experiences. Frankl continues to make an impact on the world even after he has left it. We need stories like these so we can learn his lessons, and then say together as a people, “never again.”