It really started when I got the Personal Power 2 Tony Robbins audiobooks at the library. I was already kind of into him. I had a tape somewhere. (Haha, tapes.) And it kind of helped. I agreed with everything he was saying! He had these great thoughts on managing our states and that you can never fail as long as you keep trying.

Sounds great. But I was still living in my parents’ basement. I was about 21 years old. I had just failed out of college. Smoked too much weed. Didn’t focus on school. I was playing guitar all the time.

In short, I was lost.

And then, out of nowhere, I met the girl. One of them, at least. She was a scientist. A birder. Really cool. And I didn’t want her to know what a loser I had become. All I did was play guitar and smoke cigarettes and drink. And that’s what I did.

Seriously! But I saw this tape series in the library. So I picked it up. What a cheesy cover. Tony Robbins: PERSONAL POWER 2. 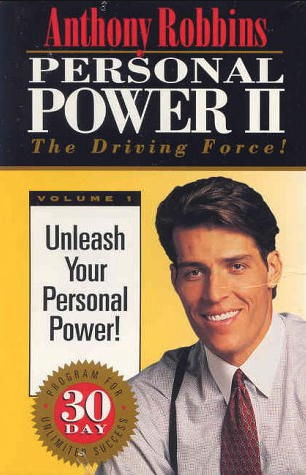 Hey, any port in a storm.

And something about that first tape resonated with me. He talked about taking 2 actions TODAY that would totally change your life. Write it down. I did it. I cleaned my room. I journaled. And then I started just cleaning and playing Tony to start my day.

I was creating new neuro-associations.

Seems to be working. I started to hate smoking, slowly. Slowly. And then I got the gum. I allowed myself to chew on that freaking gum even if I was smoking! This seemed to be the key, in fact. Just don’t stop doing the gum. And soon I was addicted to the gum! Anything would be better than that abhorrent cigarette smoke in my clothing.

Things seemed to generally be turning around. But then we fell apart because I wasn’t mature enough for someone like her. I just wasn’t. I still had a lot of growing up to do. Plus, I just felt stuck. So I went to a therapist. The therapist said, “How does it feel when you’re stuck?”

And so the scientist and I broke up. And it sucked.

For instance, one person said, “I would never date a teacher”. Well that’s what I’m going to be, said my eyes. But I get it. 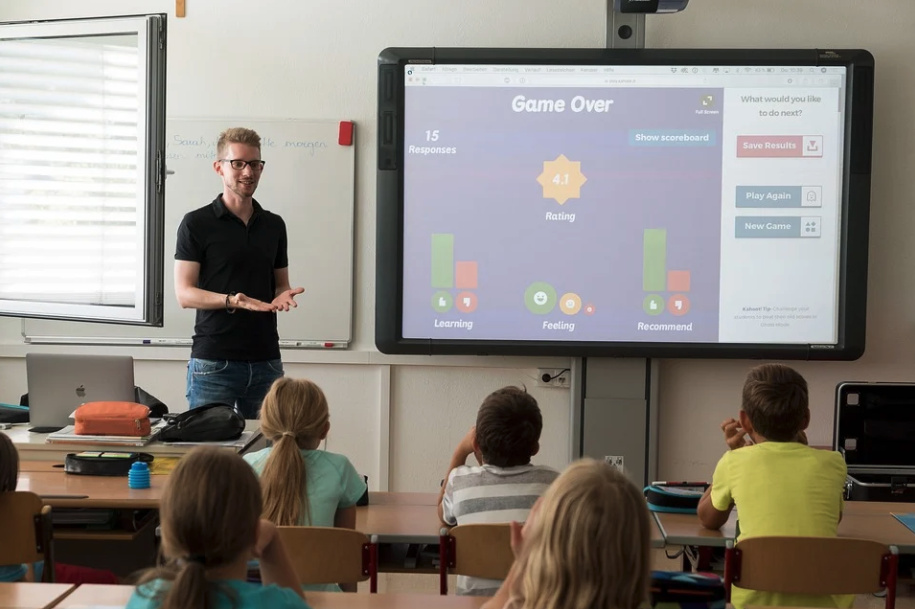 Teachers don’t make any money. And she wanted a pharmacist. So she dumped me. Thank god, upon reflection. But in the moment it was pure devastation.

And down the hole I went. The only thing that kept me afloat was the Tony Robbins. I even went to an event in Redondo Beach. It was great because it helped me to get over my mom’s passing. I always thought that when my mom passed – I would go literally insane bonkers. And I might have. I think I did.

But at the Tony event we walked across fire. And I visualized myself getting through my mom’s transition. Little did I know, that while this was happening, she was in excruciating pain from her cancer. My brother asked her, “Shouldn’t we call Kerry?”

“No,” she said. “This Tony is important to him. And he needs this.”

She thought it was so important for me that she was willing to go through the pain of cancer – really? – while I was at the event.

And after she did pass away, I just totally lost it. Put it that way. It was back to square one. I was totally not myself. And I would go on these long, crazy nightly drives up into the mountains, just crying … And wailing, in fact.

It got so bad that I started to think about my life.

Well, actually it was best before Tony came along, I realized.

It was best when I was younger and seeing a counselor. My life was so messed up as a post-adolescent that my mom actually got me a therapist. She was afraid I wouldn’t launch and that I would be stuck at the house. Like so many kids are.

The man my Mom got me, when I was about 19 years old, opened my eyes up to the world. He threw off a lot of the distractions and denials that I was living with. And we would cut right to the chase.

I didn’t know what he was talking about.

But after a period of time, I started to connect the dots. And my life really started to take off.

It wasn’t until I stopped counseling that everything went downhill. (And then I met the Scientist and I found Tony to survive.)

What would happen if I just got a counselor, and kept the counselor?, Suddenly went through my mind. All these years later.

So after my mom passed away, and I went crazy, I just did it. I got another counselor. It took awhile to begin addressing what was going on in my life. Like with my crazy driving around. I couldn’t admit it to myself. “What are you driving around every night for hours in your car in the mountains for?”

I actually thought this was normal and artistic.

And I have to tell you, through my weekly sessions with my new therapist – I basically re-engineered myself. I’m like Kerry 2.0. And who I was – that guy who is a guitar player who sleeps on people’s floors … That’s the opposite of who I am now.

It’s laughable. But for me, it took heavy therapy. Every week. Like freaking 15 years later I have a house, kids, and a really happy family. And I somehow lucked out with the most beautiful woman I ever could have dreamed or wished for. She’s out of my league.

You know, it’s funny, I don’t even play music anymore. Not really. Here and there I hit the piano but that’s not my focus. My music is my family.

Meanwhile – Tony is still in my life on those audio recordings. He’s a huge part, in fact. But I really needed him when I didn’t have anyone. When I didn’t have a therapist. He was like a mini-therapist who helped me to get through.

Now my thought is – you should have both. Find someone who you look up to and who helps you like Tony did with me. This is the Benjamin Franklin type character whom you can emulate to get better. I just jump from person to person and just keep reading and moving forward. Because as you know, life is quite the journey.