It started when Marie said to me that Sophie couldn’t make it to the bedroom without stopping to rest her legs. She could barely walk that far.

When I went to check on her, she didn’t react when I petted her. She was in pain. And I felt, she was telling me it was time to go.

I called the ER vet service here in Missoula. The guy I talked to was soft and kind. I explained that we just had a newborn. Because of this, we didn’t want to go inside any places that had lots of people due to the high numbers of Omicron.

“That’s alright,” he said. “We can come out to the car to do the procedure.”

“Wait,” I said. “You do curbside euthanasia?”

He pondered my wording. “Yes…if you want to call it that.”

And with that, he grabbed my credit card information. That felt sort of weird. He emailed some forms. We printed them off on this end. For some reason I made sure not to bend or wrinkle them, like they were part of something official or bigger.

I brought Sophie out from the closet.

“Can you put her on the brown blanket?” Marie then asked. “That’s her favorite blanket.”

She had lost more weight. Her face was matted with circles under her eyes.

I bent down and talked to Sophie.

“Thank you for always being there for us, and for going with us on this journey.”

“You are one of our family members.”

“You are family,” Marie said.

As I petted her, I could feel the tiniest amount of a purr trickling through.

“Should we go and get Sandy?” Marie asked me.

It was a real question. I stared off. I could see her having this memory for the rest of her life. And she’s just not old enough. It could be traumatic.

There would be plenty of time for death later on.

And Sandy was running around in the other room, the studio, playing with her brother, and just having a great time.

“Maybe we can say Sophie ran away. I don’t know. We’ll figure it out.”

We said our goodbyes. 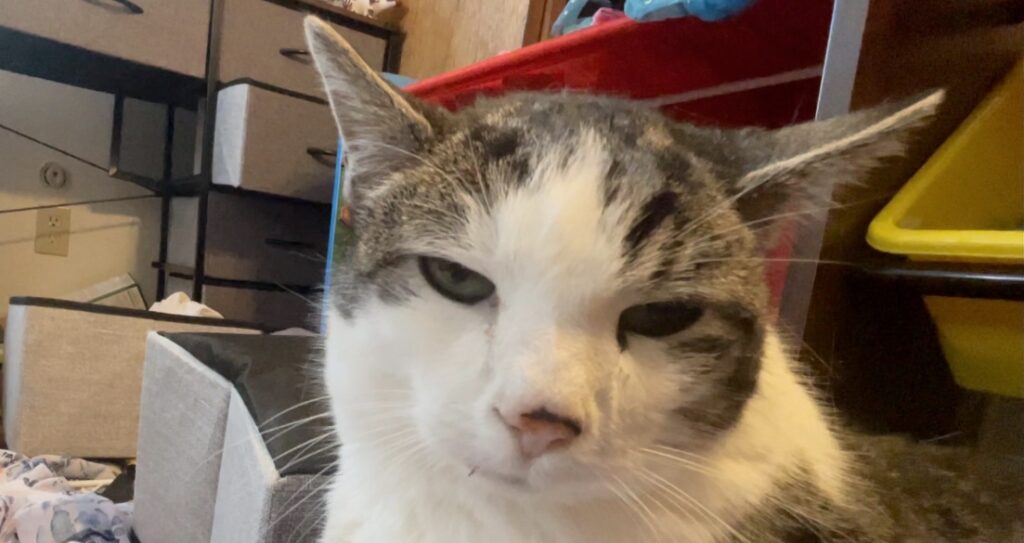 As I took Sophie away, Marie broke down. I understood. She had Sophie ever since she was a baby.

I put Sophie in the car on the brown blanket. And just started driving. I thought about turning the car around so Marie could see Sophie just one last time. I should have, but didn’t.

I was now all the way at the vet’s. And I still had that pang, that urge to turn around.

Tomorrow? Just one more day, I said in my mind, looking at Sophie on the blanket. But she was sick.

A young female tech came out. She had on her mask so I couldn’t see her face. I unrolled the window.

She strangely began yelling through her mask.

“We need to take the cat inside and put it on an IV because we can’t do it out here! So we are going to do it inside!” she yelled.

It wasn’t a total yell but it was.

I looked at Sophie as she continued to yell.

What is wrong with her? I looked at Sophie again. Her last moments and her and I’s last moments hearing this woman yell.

It occurred to me she was all jacked up. She was scared just like we were.

They should train their staff better, I thought.

“Would you mind lowering your voice?” I said. “This is sort of a sacred moment for us.”

She lowered it a little bit. “Yes,” she said, quietly. But then part of her became defensive, like I was telling her what to do. So she quickly raised her voice back up again.

“We are taking her inside!”

When my Mom was passing away, I remember one of the Hospice nurses yelling the same way. We were all in our living room – and in front of my whole family, she began just yelling. “What kind of coffin do you want? Here are the costs,” she said, handing out a brochure.

I looked at my family, incredulous. Did she really just say that? And with that tone of voice? I was about to go off. My eyes were watering. But I appeared to be the only one in the room reacting to it.

But my mom was kind. “Okay,” she said, looking it over.

No one but me seemed to be freaking out over this.

So I strangely let it go, even though the Hospice woman didn’t lower her voice.

This is what people do. Some people. Their brains kick into high alert mode and they’re not even aware that their voice levels raise.

And here was this tech person at the vet doing it all over again.

During our sacred moment.

But then again, this is curbside euthanasia.

The vet tech took Sophie in to get the IV ready.

“I’ll be back in a minute with the doctor,” she said.

God I wish we could do this at the house, I thought.

The urge to take Sophie home was building in me again.

I didn’t want to be here.

I scrolled on my phone and found there was a place in Missoula that did house calls. Instacart for cats? Sort of? I could call them. But then I thought, the pandemic. Our newborn. I don’t want a bunch of people in our house right now.

Then the vet doctor came out.

She was nice. Her tone of voice was nice. The tech stood back and didn’t say anything.

The doctor explained the order of the “medications”. Painkiller, sleeping medication, and then the final euthanizing poison. I had asked them earlier to please really “up” the painkillers and I would be willing to pay extra for it if it didn’t just come with it.

I even looked up on the internet and read how the euthanizing poison is an anti-seizure drug in higher doses.

“Are you ready?” she asked me.

I petted Sophie while she, the vet, administered the needle.

The top of her ear, I found, gently petting Sophie’s ear like I always did and under her throat. On the side of her cheek. As if to say, it’s going to be okay, everything is normal.

And then the doctor nodded to me to let me know she was going to administer the poison.

Sophie became more and more tired and then her head softly leaned, and then fell, but not for too long, before it stayed down on the brown blanket.

And that was it.

“Would you like to stay with her a couple of minutes?” the doctor asked me, whispering. “We can come back.”

I don’t know why I didn’t want to wait. I felt impatient. Anxious.

But still. I wanted to wait a little longer.

I had heard the brain can still be alive after death. Because of this, I wanted to close Sophie’s eyes. I tried to. But the one I tried wouldn’t really close.

As the doctor lifted our dear Sophie out of the car, her eyes were open, as if staring at me. I hated to think she could still see me in that moment. That her last impressions were of being taken away from me by the vet.

I just sat there.

After they left, I wailed.

I had my mask on, so no one would be able to see me. When I looked in the mirror, I noticed I had my sunglasses on. With the mask on I look like the Invisible Man.

If Sophie had seen me in her last moments, it would be me wearing this weird sci-fi mask and sunglasses like a character out of the Matrix.

But she was probably so drugged up that nothing really mattered.

I remembered how my mom was in so much pain from the cancer. How unbearable it was. But then, when they gave her morphine for the first time, she said, “Oh. Wow. I can get through anything if you give me this.”

Even death, I thought.

I called up Marie. 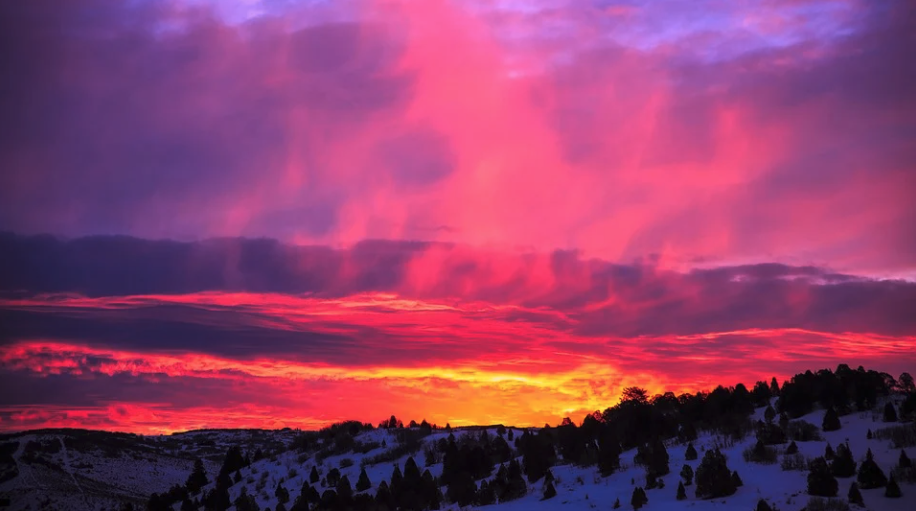 I told her what happened, breaking down. And so did she.

“The most beautiful sunset just came out,” she said. “With pink clouds.”

I remembered how this is what happened with my mom.

I wondered if maybe, the vet yelling at us just like what happened with my mom and then the sunset with the pink clouds … was, maybe, in a way, indicating that my mom was here on some level … joining us for this moment. Maybe here to help Sophie. Maybe to go to the other side, part of me said.

“Let’s go for a drive with the kids.”

And we went to McDonald’s.

This was the place my mom would take us when we got through something really bad like going to get our first shot. Or after we put down our family cat, Veronica, so many years ago.

And that’s when Sandy asked the big question.

“Where did Sophie go, Dad?”

“Sophie’s gone to cat heaven in outer space,” I said.

“What happened to her?”

“Well, remember the grandma in Moana? That’s what happened to Sophie. Do you remember what the grandma turned into?”

“Right. Sophie is a stingray. Or a crow. Or a fish. I’m not sure. She might be nothing.”

“Neither do I. That’s what sucks about having cats. Here one second gone the next.”

Marie nudged me, laughing as we ate our food.

“Oh not Sophie though.”

“Because Sophie is a good ghost.”

She laughed. Sort of. Then she stared off.

I don’t know if I really did a good job. But this opened up a whole new world.

I didn’t think we would be able to do anything fun when we went home.

Like we would be so emotionally tired that TV and movies would be our night.

But we didn’t. Instead we played together in the studio. And danced. Threw the balls around. Played a game. And I thought of Sophie, watching us.

Maybe now that she was in cat heaven she would be endowed with all of these new powers. Maybe these powers would enable her to suddenly evolve to our “human level”. And beyond. And she could suddenly understand our human language.

And with this new insight she could see the extraordinary degree and depth that went on between me and my family as we played “Yeti in My Spaghetti”.

And she would say to herself, “Holy shit. As a cat, I was missing out on some level on what they had.”

But Sophie, if you are listening, I want you to know that even though you can’t play games with us or talk on the human level in the English language – it doesn’t matter.

Because to me, you will always be in my family.

You are one of our family members. 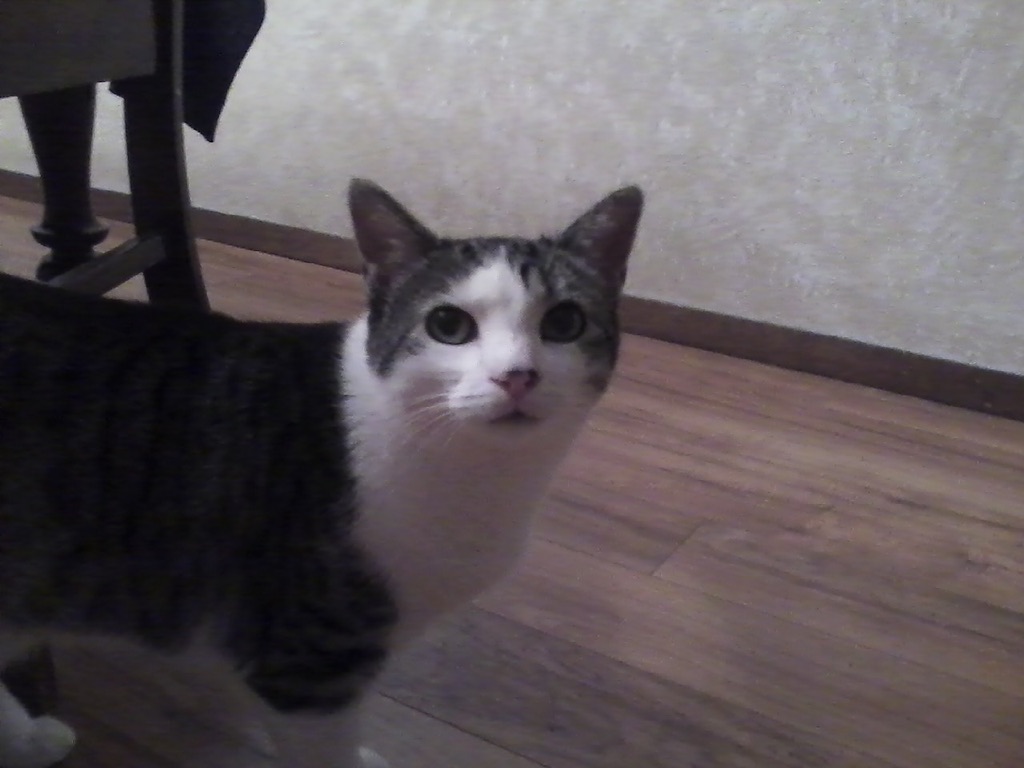 Click here for a Sophie video my phone made of her: