The Power of Self-Therapy – Musings from Missoula

On that show “Alone”, they take people and drop them out into the wilderness with nothing but a bowie knife and a toothbrush. They don’t include toothpaste, so the contestants are forced to used black charcoal instead. 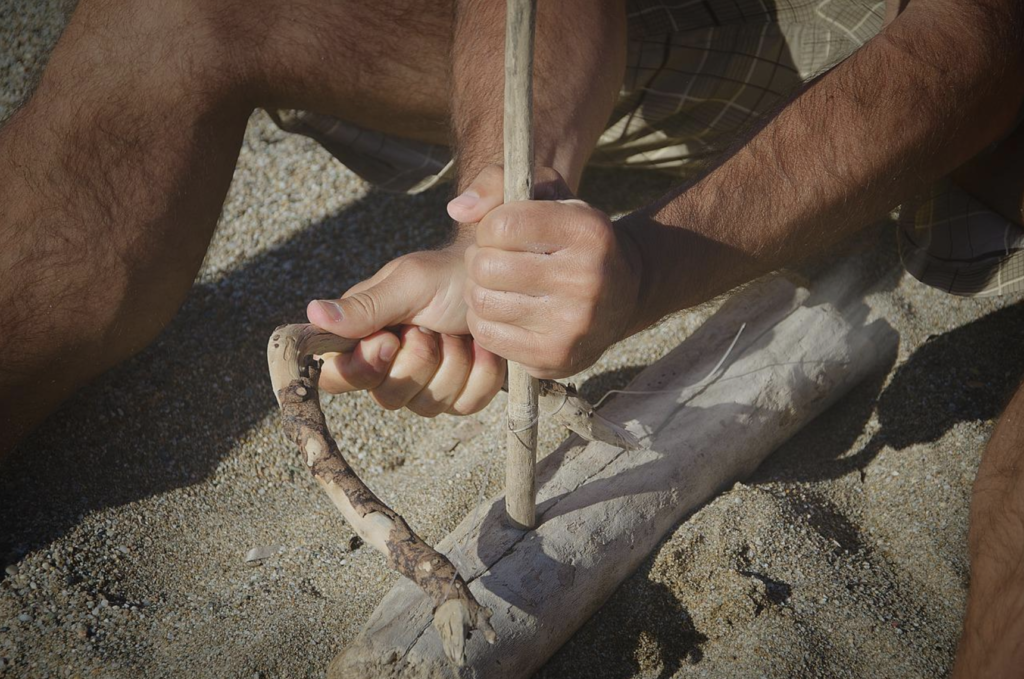 My wife and I never miss an episode, and we’re not even hunters. I think it’s because we’re constantly picking up life tips.

For example, self-talk. They say that before a person makes a shot on the basketball court, if you analyze an NBA player’s body language, or just even simply watch them, you can already tell if they’re going to make the shot before they make it.

Just like on “Alone” – you can get a good read on if a contestant is going to make it or not just by their self-talk, body language, and general aura. For example, the guy who constantly talks about how much he misses his girlfriend, and how much it “sucks” being out in the wilderness is obviously going to be having a hard time and won’t be around for long.

Verses, of course, the spry woman who jumps out of bed and notices how pretty the river canyon is today. She minimizes the events of losing her arrow yesterday when she missed the bird and thinks it’s time to switch strategies by picking more berries and laying more traps.

Hm, I wonder who’s going to win? It’s going to come down to either her or the other guy on alone, the Doctor who does self-talk therapy on himself by focusing and talking out loud about what he is grateful for right before bed.

“I am here because this money is going to really revolutionize my family so we can buy a house,” he says, curling up in the -20 degree weather. And he talks about more why’s and more reasons why he is grateful and even visualizes the day tomorrow.

Which, by the way is something that Will Smith does as well. (He should have visualized the Oscars better, right?) But the truth is, no one has succeeded as well as he has in combining music, TV, and film to become the number one paid person in the world in all three categories.

Counselors know that there is a magic that occurs when you talk to yourself. This is because our limbic system doesn’t use words. It is pure emotion. And so when we start to put words to our thoughts and feelings we begin to bridge the gap between that which doesn’t have language and that which does.

One of my favorite apps is called “Moodnotes”. It is used to track your emotional states. It is also how I do self-therapy on myself. How it works, is that at least once a day, I log in to the app and track my emotional state.

Often when I feel crappy I put down that I feel “okay” in the app. I do this because even though I am upset over something, I still am super grateful and tend to have an optimistic mindset. So that’s why I don’t put down “terrible” for my emotional state, as an example.

Anyway, Moodnotes begins to tweak where you are on your emotional scale (from 1-100 how good or bad you feel). Then it runs you through some simple therapeutic concepts to get you thinking about how you might be, for example, catastrophizing what just happened. Or you might not be focusing on the big picture. Or you might be mindreading what the other party thinks about you in your interpersonal drama – when they may not give a crap what you’re thinking at all!

And inevitably when I come out of Moodnotes, I feel just a little bit better which is a really big deal. It’s funny how we minimize emotions because it just seems like we “get it already”. And the fact that emotions aren’t really spoken, they are hard to pick up on to the point that it feels like, in some ways, that they’re not even there. It’s like they’re invisible and so we take them for granted.

Add to this, we are so immersed in our addictions to our cell phones. These little devices keep us stuck in our sympathetic or “fight or flight” mode all day. Every show on Youtube or Netflix is geared to release as much drug-like, reward-pathway dopamine as possible. And so the society around us is literally trying to keep us as jacked-up as possible.

It’s up to us to jump out of this river. It’s up to us to pause and take a moment in a hot bath so we can enter parasympathetic mode, which is the land of relaxation and meditation and dreams and creativity. A hot bath, a massage, a hot sauna, or power napping are my go-to’s.

The key is that you want to slow down your brain throughout the day using whatever gets you to relax.

Then there’s that guy on “Alone” who’s a musician.

He’s out there with his hacksaw cutting down a tree so he can turn it into a guitar.

“What are you DOING?” we both scream.

He’s out there turning an old stump into a drum.

He needs to be out there hunting and catching moose. He needs to be literally running after the moose and stabbing it with his knife. But instead, he is strumming his guitar out in the forest with the sound of birds in the background.

“You need to be out there killing and making your home more weatherproof,” we say. “You need to focus!”

With this said, I am and am not out in the middle of nowhere. From a certain perspective we as people are dropped on this strange planet in this colony of Earth people who have their own culture. And while we’re at the top of the food chain, there still is a bit of that “eat or be eaten” thing going on.

Be in a home or become homeless – and it’s survival of the fittest even though we’re not in the Alaska forest. 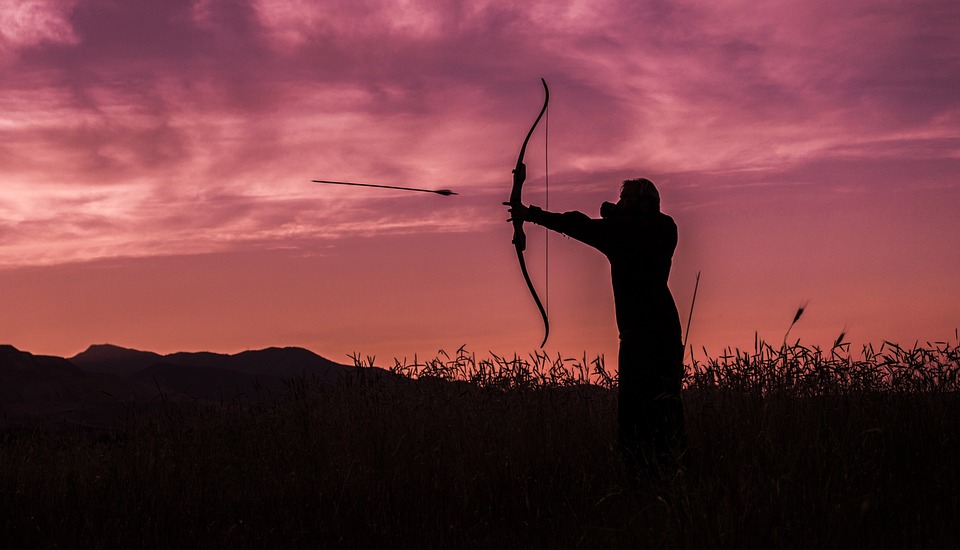 On the other hand, what is life if all we are doing is surviving? Are we more than robots?

So I sat and thought about it.

Maybe that guy on “Alone” needs the music to help him survive? Maybe what he’s doing is not just playing music? What if in reality – what he is doing, is giving himself another version of positive self-talk?

He’s obviously suffering. So by building himself a guitar, he’s putting words to those feelings and thereby giving himself a form of therapy?

And then caught on fire

For all the world to see it’s caught on video

Luckily I have this oxalic acid water soaked in reindeer moss

Which should hopefully hold my makeshift shelter together

If you could only see me now…

Music has often been used to survive in our lives no matter where we are or what we’re going through. It can separate the mind from the body and allow us to look at and analyze ourselves and to step back to see the entire picture.

And so I reframed my thoughts, and discovered: I’m so cool with that! 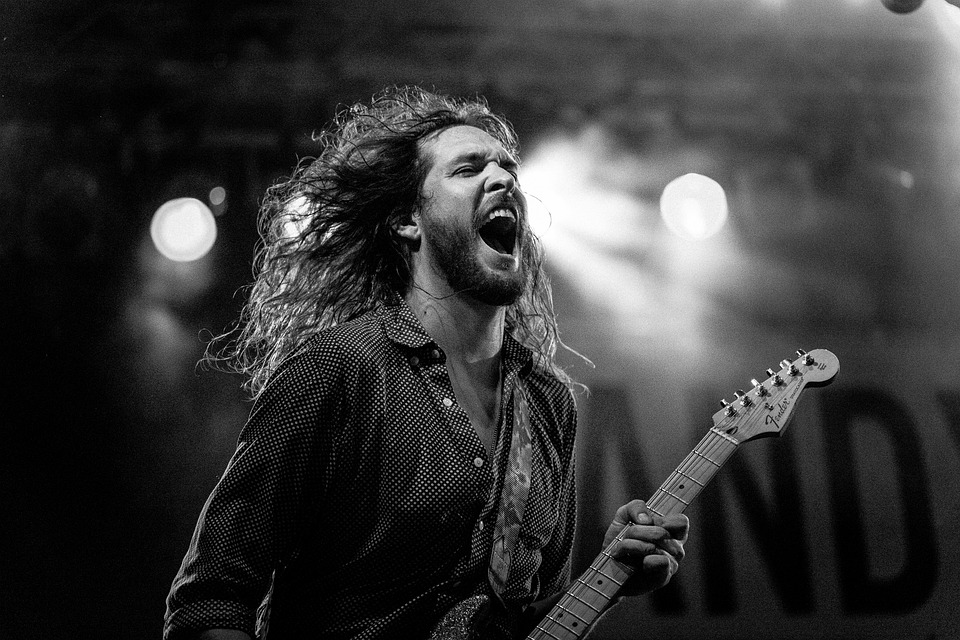 As long as he’s still being a savage killer and hunting rabbits in between all that singing. You know what I mean? As long as he’s chewing the heads off of chipmunks and covering himself in mud then I say go for it. It might make him an actual better hunter to pump himself up before the kill.

And as a Dad, as long as I’m putting groceries on the table, then I say hit at that guitar, to myself. We don’t want to become polarized and say, “If I sat around creating art where would that leave you and the family?”

Instead we want to become well-integrated souls. And it’s good for the kids to see us doing things we love and to see us doing things. And when they get older they’ll have all these cool memories of us having fun and they’ll model this…whether they’re at their house with their family or on Season 9 of “Alone”.

Kerry Heffelfinger is the Co-Founder of Sunflower Counseling. He lives in Missoula with his wife and family. In between all of this you can find him making music, writing, and reading.