At Sunflower Counseling Montana, located in Missoula, MT, we serve a variety clients. But they all have one thing in common. They want to progress in life. With this said, the brain loves to have goals! Mix in some endorphins and dopamine with these goals, and suddenly, we are on our way to becoming “happy”.

So this week, in between therapy here at Sunflower Counseling Montana, I  decided to read “Tools of Titans” by Tim Ferris. I’m going to tell you what I think are some of the best top 14 ideas in the first third of the book. Realize the book is 700 pages! Keep in mind that a lot of book reads like a “MacGyver” self-help book. It’s filled with gadgets and technology and things you might laugh about while drinking coffee.

So as you read, take it with a grain of salt, and have fun with it! 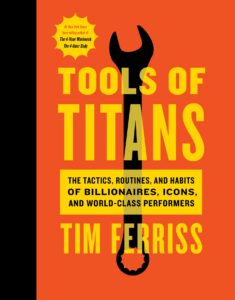 TOOLS OF TITANS by Tim Ferriss

#1. Patterns of the successful: 80 percent of the “successful” Tim studied have some form of daily mindfulness or meditation practice.

#2. Playing with temperatures. Cyclist David Zabriskie, seven-time US National Time Trial Championship winner considers the sauna a more practical replacement for high-alititude simulation tents. Think 32 percent more endurance by using the sauna – says Dr. Rhonda Patrick.  She also says it can increase growth hormone levels as well by going 4 times per week typically at roughly 160 to 170. More precisely, two 20 minute sauna sessions at 176 degrees Fahrenheit separated by a 30 minute cooling period elevated growth hormone levels two-fold over baseline. These effects persist for a couple of hours post-sauna. Timothy Ferris drinks ice-water and takes ice baths afterwords.  But obviously he’s aiming at the inflammation in the esophagus we can infer being a male as he is.   Do you like these lists?  I’m just listing it off for you.  Cutting to the chase.  Amelia Boone, 3 time finisher of the Death Race amongst other things, loves doing training runs in the rain and cold, as she knows her competition is probably opting out. This is an example of “rehearsing the worst-case scenario” to become more resilient.”   There’s a whole section on Wim Hof – I’m really into Wim Hof as well – and make sure to look up him up on Youtube if you haven’t yet.  He has a great 10-course that will change your life.

#3. Male gymnasts don’t have biceps the size of their waists from curls. This bulk comes largely from straight-arm work, especially Maltese work on the rings. Check out the Ring thing at Power Monkey firness or generic “Dream machine” – OMG where do I get this. I need to get those rings and enroll in gymnastics class!  I don’t care if it looks weird.  Being weird is good, Chris Sacca says – he actually says it in this book.

#4. Page 22 goes over the basics of the ketogenic diet – which is a high fat diet that mimics fasting physiology.  This is the diet where “your brain and body begin to use ketones (derived from stored or ingested fat) for energy instead of blood sugar (glucose) – to arrive at a state called ketosis.  This is achieved through fasting, diet, exogenous ketones, or a combination.  So how do you know you’re in Ketosis?  Tim says the most reliable way is to use a device called the Precision Xtra by Abbott.  This can measure both glucose and blood levels of beta-hydroxybut-urate (BHB). Once you reach 0.5 millimolars – you can consider yourself lightly “in ketosis.” 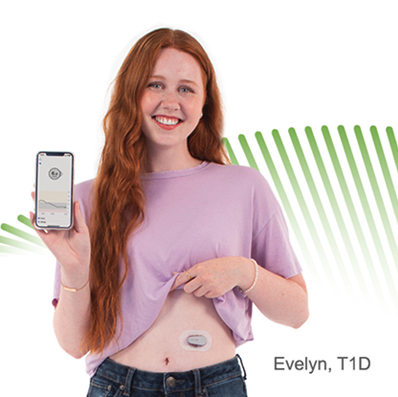 Note: Dr. Peter Attia, wears a Dexcom G5 continuous glucose monitor to track his glucose levels 24/7, which are displayed on his iphone.  See page 61.  I’m noticing a theme, by the way, a lot of these guys are obsessed with their insulin and glucose levels.  You want to talk about adapting to the new age or technology, this is kind of extreme – for most people to do.  “Oh don’t mind me I’m just taking my blood.  You guys can keep opening presents.”

BUT – Timothy says he tends to feel increased mental clarity at 1mmol or higher!!!  Your primary resource, Dr. Dominic “Dom” D’Agostino (Dag-o-steeno) for the ketogenic diet like meal plans is at ketogenic-diet-resource.com.  Dom says “I like to promote mild to moderate ketosis for health and longevity, which is between 1 to 3 mmol.”

Why consider Ketosis or supplemental ketones?

And when it comes to cancer, Timothy says exogenous ketones have been demonstrated to have a significant tumor-suppressing or shirnking effect, even in the presence of dietary carbohydrates.  He adds, “if you think the ketogenic diet is for lunatics, exogenous ketones only require mixing a scoop in water and swigging it down.”  Patrick Arnold and Timothy say that if you are in ketosis, drinking exogenous ketones pre-and intra-workout can be a substitute for carbs.

The ketogenic diet is a whole world. But this is an introduction that just might save your life!  So I recommend you look into this.

#5. FASTING   Dr. Dominic “Dom” D’Agostino (Dag-o-steeno) Dom: “If you don’t have any cancer and you do a therapeutic fast 1 to 3 times per year, you could purge any precancerous cells that may be living in your body.” There is also evidence to suggest – that fasts of 3 days or longer can effectively “reboot” your immune system via stem cell-based regeneration. Dom suggests a 5-day fast 2 to 3 times per year.  Tim says “Fasting doesn’t need to make you miserable and weak. In fact, it can be quite the opposite effect.” Timothy aims for a 3-day fast once per month and a 5-to-7 day fast once per quarter.

#6. Dom also says that fasting before chemotherapy is definitely something that should be implemented in oncology wards.  He says “Fasting essentially slows (sometimes stops) rapidly dividing cells and triggers an ‘energetic crisis’ that makes cancer cells selectively vulnerable to chemo and radiation.”  There are many studies to support this claim.

#7. Charles Poliquin, one of the best known strength coaches in the world, says “The most important thing I’ve learned about nutrition is you need to deserve your carbs.”  I’ve been thinking a lot about this lately “deserving my carbs.”  Because I ate so much pumpkin pie at Christmas.  They just gave me so much pumpkin pie I’m like, “Shouldn’t you put that on a plate” and they’re like, “No you can just eat the whole thing.  Here’s a tub of ice cream.” Charles also says you need to be sub-10% fat.  Put another way, you have to be able to see all your abs. Put another way, he says you have to have penis skin on your abs. He actually said that. On that note, men, it’s also important you wake up with a boner, says Kelly Starrett, one of the best performance coaches in the world.  Apparently the boner is an excellent indicator of sleep quality, hormonoal health, circadian rhythm timing, and more.

#8. For back pain, check out the Nayoya (Nay-o-ya) Acupressure Mat.  There is a competitor called Bed of Nails on Amazon.  But this roll out needle mat performs miracles for back pain.

#9. Visual overwriting:  Jane McGonigal, who has a great talk on Ted about reality and why videogames are cool and can educate, says 10 minutes of Tetris before going to bed can crowd out anything replaying or looping in one’s mind that will inhibit sleep.  My wife is doing this right now. We’re going to have to get a full report from her. It’s also great for PTSD.  So next time something traumatic happens to you reach for your tetris app on your phone.  “Oh you just got mugged what are you doing?” “I’m playing Tetris, duh.”

#10. Morning Routines – As soon as you wake up, make your bed because that makes you feel like you accomplished something no matter what no matter how bad your day goes you made your bed, meditate, and do 10 to 15 reps of something. I have weights sitting right outside my bedroom.  And one of those mini-trampolines.  Just prime yourself.  Also, check out “The Morning Pages” by Julia Cameron.

#11. Meditation master Shinzen Young said that if he were allowed to teach only one focus technique and no other it would be this one:  it’s called Just Note Gone.  This is where we train the mind to notice that something previously experienced is no more.  For example, at the end of a breath, notice that the breath is over. Gone.  As a sound fades away, notice when it’s over. Gone.  When this youtube video is done, just notice it, gone.

#12. Meditate on other people you want to be happy can help you to be more happy, and get you out of the normal meditation which is usually a very “me”-focused activity where you think about your “stuff”   But thinking about other people and wishing them happiness – This loving-kindness drill Timothy Ferris says resolves at least 90% of the mental chatter.

#13. Timothy has an awesome slow-carb Diet Cheat Sheet which you should check out.  (P.81)   In short, it says to avoid starchy carbs, which means no bread or pasta or rice or potatoes or grains like quinoa, eat the same meals again over and over, don’t drink your calories, with the exception being wine, don’t eat fruit, and whenever possible measure your progress in body fat percentage, not total pounds.  In place of the scale Timothy uses DEXA scans, a body metrix home ultrasound device, or calipers with a gym professional.

#14. Finally he says: Take one day off where you go nuts, on cheat day, and he says it’s important not to hold back – which is a nice marker to remind yourself you’re only giving up vices for 6 days out of the week!

I’m just going to say you have to get this book. It’s trick after trick to help you adapt faster in this super fast moving age we’re in.  Check it out “Tools of Titans” by Tim Ferris.